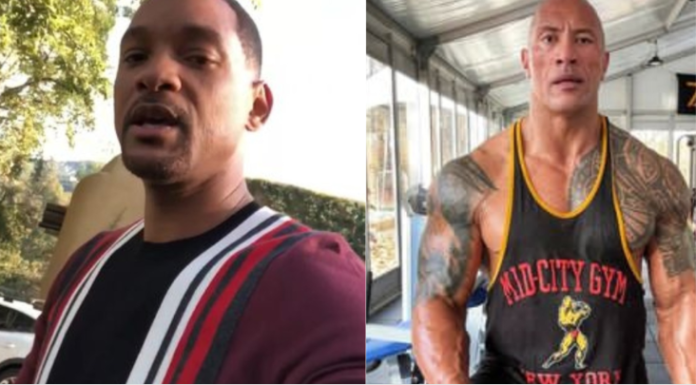 Will Smith was behind the cameras for a change. Not for the movie, but for the ever-smiling wrestler-turned-actor Dwayne Johnson. The actor himself was out of sight for a while after the Oscar incident, but he actively appeared again.

Recently, the actor released his first film “Emancipation” after the awards. While the film is being celebrated, Smith is busy with another celebrity. In a recent post, the actor brings back his fun side by shooting a dazzlingly well-groomed Dwayne Johnson in a video.

Will Smith fell while filming a funny video with Dwayne Johnson

Will Smith and Dwayne Johnson are two of the funniest celebrities in the entertainment industry, and they have been since the 90s. Smith recently took to Instagram to share another of his fun activities. The video shows the actor ready with a phone camera as he rocks Johnson, stunning sunglasses and a white T-shirt and matching trousers to complete the look.

Smith hilariously struggled to keep up with the pace before falling over as he captured the Jumanji actor walking around. While the world is a fan of Smith, he has made a pretty good attempt to quench the thirst of fans with a video. The 54-year-old man signed the video: “You’re in his private messages. I’m filming his slow-motion walks. We are different.”

Fans burst out laughing watching the duo being so lighthearted funny. The I Am Legend actor has previously expressed interest in working with The Rock: “That’s my question. He’s avoiding me. I may have to play an old-school SmackDown, approach it. I don’t know. I’d like to work with Rock. He’s a beast.”

The hero of Black Adam was also once asked about the Oscar-related incident with Smith, to which he replied: “I was in Hawaii when it happened.” Maybe someday we’ll see the duo working together on a project? Do you think Smith’s Instagram post was a hint of that? Let us know in the comments.

Chris Evans sang at the audition of the remake of “Shop...