Home Entertainment Will Smith responds after the movie “Emancipation”, filmed after the Oscars, finally... 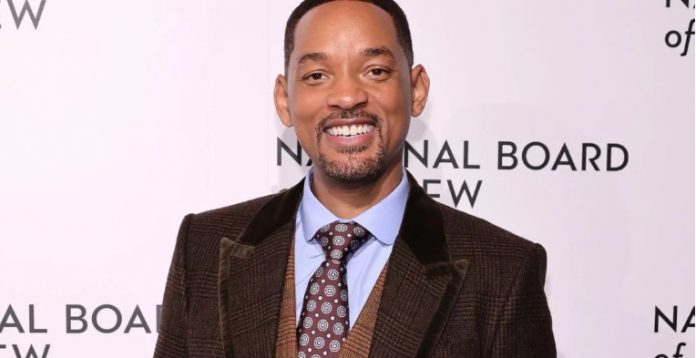 Will Smith’s “Emancipation” received its first trailer and release date in December of this year.

While the Academy Awards were held back in March, there is still a lot of talk about one viral incident: Will Smith infamously hit Chris Rock on national television shortly before he received his first Oscar for “King Richard”. Hiding from prying eyes for several months, Smith returned to public places and social networks. And he recently responded after “Emancipation,” also known as the movie made after “Slap in the Face,” finally released its first trailer.

After the slap in the face at the Oscars, a number of Will Smith’s upcoming projects have apparently been postponed. Chief among them was Antoine Fuqua’s “Emancipation,” in which a famous actor plays a freed slave who joins the Union Army to fight against the South. Recently, the movie has a trailer and an official release date for those who have an Apple TV+ subscription, which is a big step forward. Smith took to Instagram to share his reaction to the project finally moving forward, saying:

It was the hardest movie I’ve ever made. Blood, sweat and tears… LITERALLY! Hello to Apple, which has doubled (and tripled) its commitment to bring this epic story to the world.

After a year away from the public, Will Smith will be gracing big and small screens again when Apple releases Emancipation this December. In fact, the film recently had its first screenings. We’ll just have to wait and see how much marketing will be done for the upcoming drama, and how much Smith will eventually be involved. After all, the chatter around The Slap didn’t subside in the months that followed.

Will Smith’s post makes a lot of sense, as Emancipation has finally taken some important steps forward after not having any news for months. At this time, Will Smith went on a meditation retreat and offered numerous apologies to the public, the Academy and Chris Rock. Now the drama will officially be released on Apple TV+ on December 9th.

The footage offered in this teaser is limited, but definitely highlights the “blood-sweet and tears” that, according to Will Smith, were shed throughout the filming process. It feels like a role that is both physical and emotional, given the plot and the sequence of actions. And the release date of Apple TV+ should also give the right to participate in the awards season, including at the Academy Awards ceremony next year.

Although, if “Emancipation” becomes an Oscar favorite, Will Smith seems to be watching the ceremony from the comfort of his own home. One of the ways to punish an actor/producer/singer for a “Slap in the Face” was to be suspended from the Academy Award ceremony for ten years. He also dropped out of the Academy.

“Emancipation” will be released on Apple TV+ on December 9. In the meantime, check out the movie’s release dates in 2022 to plan your next movie.