Home Entertainment Will Smith and his son try to catch a big spider in... 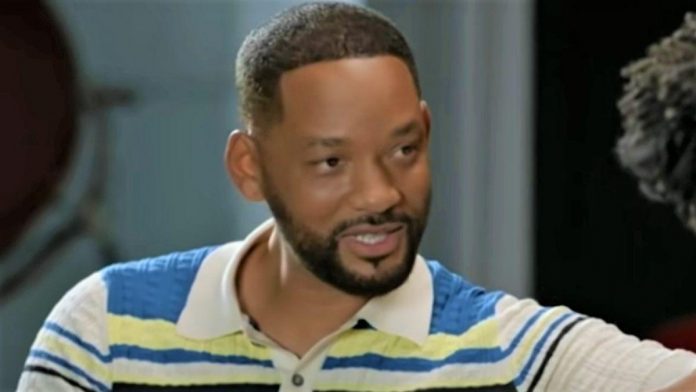 The moment with Will Smith that is on everyone’s mind right now is the Oscar slap that blew up the internet. While he was trying to recover from the backlash, he took to social media to post funny posts to entertain followers. His latest video is a video of him and his son Trey trying to catch a large spider that they found in their house.

There’s nothing better than relaxing at home with your 29-year-old son, only to find a giant tarantula that feels comfortable as an invited guest. In a video posted by Smith on Instagram, he and his son confront a large spider approaching them.

After Will Smith tells his son that he can “handle the bite” by offering him a fight with a spider, Trey gives his father a frightening look like “are you serious?”. But the star of “King Richard” intervenes and helps to catch the arachnid: Trey catches a tarantula in a cup, and the Oscar-winning actor slips a piece of paper under it. What a team! Trey Smith says it was the biggest spider they’d ever seen.

After this eight-legged encounter took place at their “Holiday Inn,” as the “Fresh Prince of Beverly Hills” called it, he sarcastically threatens to sell his house. His wife jokingly remarked that this house now belongs to her husband. Let’s hope this tarantula doesn’t have a family hiding in another unknown place at home.

After the fiasco of Will Smith at the Oscars, he is trying to become more famous in the online sphere. He broke his silence after the slap, releasing a public video apologizing to Chris Rock for hitting him on television, and said he was ready to talk to him whenever the stand-up comedian wanted. Having embarked on a “spiritual journey” to India for a meditation retreat, he left his self-imposed exile when he and his wife Jada paid a day visit to Nobu Malibu.

Now that Smith’s career is on a short break, it seems that he has found the time to appeal to fans by posting funny videos that will help viewers remember the talents of this man as an artist. His first post on social media after the apology was a hilarious but self-deprecating video of a young monkey poking a sitting elderly gorilla in the ass, who clearly doesn’t want to be disturbed. One could read this as a metaphor for an actor wanting to return the favor of his fans, the entertainment industry in general, and Chris Rock. This graduate of the show “Saturday Night Live” allegedly has no plans to contact Will Smith, so it may take some time before the two artists return to a good relationship.

It will be interesting to see what else Will Smith has in store for his career. Follow the new releases of CinemaBlend films to find out when the winner of the Best Actor nomination will appear on the big screen again.

The Lord Of The Rings: All The Promotional Posters Of The...