Home Entertainment Will “Raised by Wolves” get a second chance? 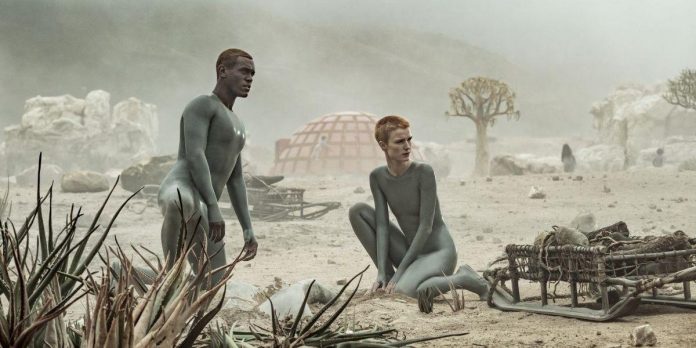 For two seasons of the magnificent sci-fi series “Brought Up by Wolves” has established itself as one of the most bizarre, unique and clever stories in the modern environment. Unfortunately, the series seems destined to end with an unresolved cliffhanger, unless someone or something can provide the series with a much-needed trip to a new home.

The premiere of the first season of “Raised by Wolves” took place just four months after the launch of HBO Max and became the most watched program. Despite the fact that the series was originally commissioned by TNT, the series has become one of the flagships of the HBO streaming service. The series continued to enjoy success for two seasons.

For the uninitiated, “Raised by Wolves” tells the story of humanity, which as a result of an apocalyptic war turned into a tiny fraction of its former greatness. Humanity was divided into the dominant religion, called Mithraism, and the atheistic forces that opposed them. Their war made the Earth uninhabitable, leaving most of humanity to die. Mithraic, declaring a Pyrrhic victory, fled from the planet to the nearest similar world, which turned out to be Kepler-22b. However, an atheist prodigy hijacks a ship, reprograms two androids and sends them to a newfound planet with several human embryos to raise the next generation. The newly named Mother, an extremely powerful military machine, and the Father, a useful service android, must raise children in difficult conditions. When the war follows them to Kepler, strange events threaten humanity with the end and signal the emergence of something completely different.

The cancellation of “Raised by Wolves” was confirmed by the network on June 7 by HBO. This news came three months after the conclusion of the second season, which was highly praised by critics and extremely popular. The show remains one of the most popular shows on the networks, leading many to wonder why HBO canceled it. Tweets from one of the show’s stars, Abubakar Salim (who plays the father), suggest that the recent merger of Warner Media and Discovery may be to blame. Many fans put forward this theory before Salim almost confirmed it. Corporate mergers are often a dirty business that can lead to the unfortunate loss of many small parts. The merger probably took place with the aim of consolidating all possible market IP; however, leaving Raised by Wolves on the table seems like a waste of time. Unfortunately, the show has most likely already benefited the network.

The first season of “Raised by Wolves” was the most expensive streaming TV project ever filmed at the time of its creation. Such investments usually don’t go to shows that don’t have a market name behind them. Ridley Scott’s production credit was mentioned in almost all the media regarding the series, but it was the only guarantee of the quality of the series that HBO Max had. The fact that the money went to something original, and not to a comic book adaptation or a remake of an old movie, is in itself a miracle. The fact that no one forced the team to add an existing brand to the series is simply stunning. “Raised by Wolves” defies most disturbing statements about the current state of franchise filmmaking, and its cancellation should be an example of its collapse. The only reason HBO is investing in such a huge risk as “Raised by Wolves” is to get people to subscribe to the streaming service.

It may seem that HBO can just rest on its laurels, but it’s not. They could just fold their hands and sit on the dragon hoard, which includes “Wiretap,” “Game of Thrones,” “The Sopranos,” “Deadwood” and countless other shows, and wait for subscriptions to arrive. They could just hope that people sign up to gain access. to the blockbuster films of Warner Bros. shortly after their release in theaters. Unfortunately for them, none of these methods reliably supports the registration of new people and does not retain existing users. Most people subscribe to streaming services to get original content. Netflix would be dead without series like “Stranger Things,” and HBO Max is only slightly safer. Raised by Wolves has become a signal to fans that the service will not just curate high-quality content, but also create new things for the ecosystem. It was a bold flag set up to let the world know that HBO Max is taking risks like no other. And now that they’ve achieved that, they need to move on to the next big show.

All the money for this show is on the screen; it couldn’t have been done on a smaller budget. With this in mind, it is extremely unlikely that another service will pick up the baton. HBO thinks they’ve got all the fame they’re going to get for this weird little sci-fi show, and they’re moving on. Whether they are right or not, streaming services believe that viewers demand novelty. Unfortunately, this condemns some of the most interesting and original stories ever invented to remain unfinished forever.