Home Celebrity Will Quicksilver be on WandaVision? 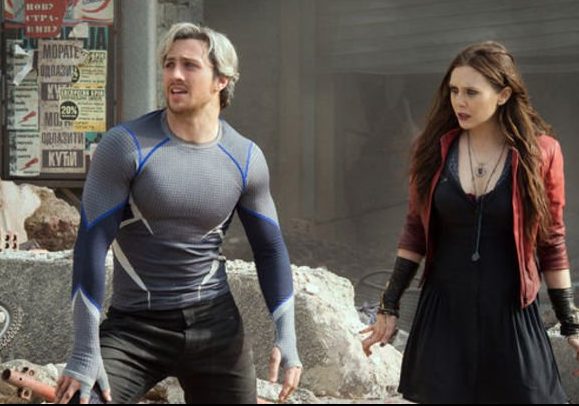 Quicksilver’s character could return in the Marvel series, WandaVision. Look who the actor will be!

The Spanish dubbing actor Rodri Martín, possibly confirmed the return of the Quicksilver character to the world of Marvel. The actor who could enter the first season of the series “WandaVision” is Evan Peters, who brought the speedy character to life when he appeared on Fox’s X-Men.

It was through a publication on his Twitter account that the Spanish Rodri Martín gave the tremendous spoiler about the series that premiered a few days ago on Disney +. Since the voice actor said that he was very happy to have voiced actor Evan Peters again on his return to Marvel Studios.

Rodri is the official voice of Evan in Spain when the movie “X-Men: Apocalypse” was released. Where Peters plays Pietro Maximoff, the brother of Wanda Maximoff, who is the protagonist of WandaVision.

However, the controversial publication was removed from the actor’s account, who also suspended his social network and made his Instagram account private. With this statement, the Spanish voice actor has given a huge revelation, which many expected to see in the new series.

WandaVision could get more exciting

Although the first two episodes of the new series starring Elizabeth Olsen and Paul Bettany have received mixed criticism for starting off “lazy”, fans are now more excited to see the return of Quicksilver.

Although, this time Scarlet Witch’s brother returns with Evan Peters, instead of actor Aaron Perry Taylor-Johnson, who played the mutant during the movie “Avengers: Age of Ultron.”

But there is also the theory that both actors could return in the role, since the history of WandaVision promises to have several mixes that could surprise the audience. The miniseries will have 9 chapters that will be released every Friday on the Disney Plus platform.

Riverdale: the series could have become supernatural!