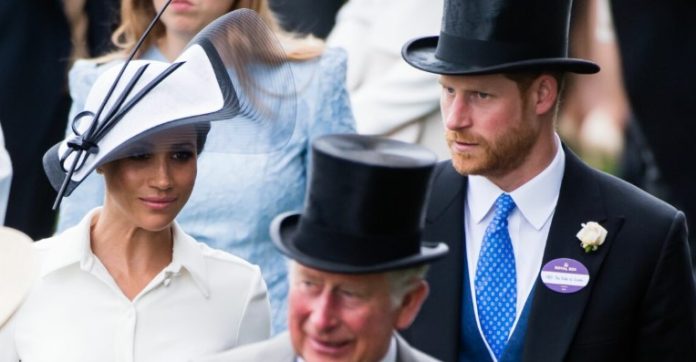 Prince Harry and Meghan Markle staged a joint show in front of the whole world after the death of Queen Elizabeth II. The Sussex family, along with Kate Middleton and Prince William, left Windsor Castle to greet the mourners. Although the family looked united during the funeral and service, it will be interesting to see if they can maintain the same image during the coronation ceremony of King Charles III.

Charles will be sworn in next year on May 6 at the historic Westminster Abbey. A grand ceremony is expected for this prestigious event, which will be attended by the most famous people in the world. Naturally, all members of the royal family will also be present at the ceremony. However, there is a question about the presence of King’s youngest son Harry and daughter-in-law Megan. The couple will have to travel from California to the United Kingdom to attend the event.

Will Harry and Meghan be invited to the ceremony?

One interesting fact about the coronation date is that it falls on Archie’s birthday. King’s grandson will be four years old on this day. It is assumed that the clash between the coronation date and Archie’s birthday was deliberate to neglect Harry and Meghan from the ceremony. However, royal expert Katie Nicholl denied such claims. She said that an invitation would be sent to Sussex, as well as to other members of the royal family. Nevertheless, it is the couple who should answer the call.

“We have no official information about the guest list. But I’ve heard they’ll probably be invited along with other older and distant family members,” Nicholl told Entertainment Tonight.

In addition, the royal author said that Queen Consort Camilla hopes that her stepson Harry will take part in the ceremony. She wants the whole family to get together on a high-profile day, and therefore “really wants” to see the Duke and Duchess of Sussex at the coronation.

Should Harry and Meghan attend the coronation ceremony? Write your opinions in the comments.