Home Science Will It Be Possible to Sleep People in Space Travel? 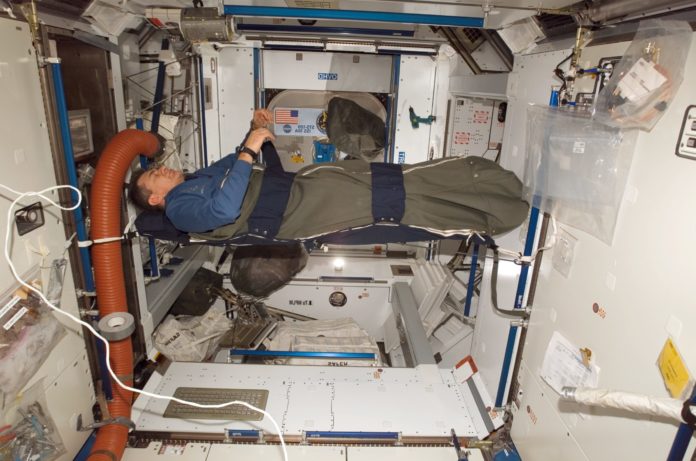 Will mankind, who is attempting to travel between systems in the universe, find a precaution to prevent the passengers from traveling on the ship from getting old? Let’s discuss a little bit about this issue.

One of humanity’s biggest dreams is to travel between star systems in the depths of space. But, as you know, star systems are very far apart, and when compared to the life span of a person, the duration of this journey can make a huge difference.

Thanks to the “time dilation” when high speeds are reached, someone who goes fast is getting slower than others. Still, even if a spaceship with humans reaches 90% of the speed of light, human life still looks like a grain of sand compared to the duration of that journey.

Is the solution to this situation to put people to sleep?
Today, it is not possible to reach the speed of light with its technologies. So scientists have to find a solution to prevent the aging of those who travel on the spaceship. This solution is none other than the “sleep” solution that we often see in science fiction movies.

There is enough technology available today to create a solution that passivates the human body and prevents aging. A technique called bio-vitrification has been used in organ transplantation for some time. This technology, which has been used for decades, has the opportunity to facilitate space travel in the future.

Biovirtification reduces the aging of human tissue to a minimum by using a liquid that protects it from freezing effect, to almost 0. The liquid used serves to prevent the formation of ice crystals that cause cells to break down.

Although this technique is used in organ transplantation, it has not been tested in humans yet. But some companies, such as the Alcor Life Extension Foundation, offer services that protect the human body so that one day it can bring back dead people. Although these companies have not yet brought back any people, they have returned several simple organisms from death.

Protecting the brain or protecting the body?
Some hospitals can also take patients to cool down to extend the time required in emergencies. Although this process is not the same as bioventilation, it is almost similar. As a result, if all known are combined one day, healthy and long-lived individuals may emerge.

So would you like to sail to even more interesting points? The company Alcor, which we just mentioned, offers people two options: First, to cover the whole body with a liquid that protects it from freezing and to protect the whole body; secondly, only protect the brain and brain stem.

So why does a person only want to protect his brain and brain stem? Because if one day manages to fix a harm that ends their life, a new clone body can be created with the use of DNA of a person who died until then. Of course, there is a very long way to go until humanity reaches this point. Although the cloning technology we are talking about is being developed today, humanity may not yet be ready for cloning a human body. By the way, we strongly recommend the 1997 movie ‘Abre Los Ojos’ 🙂

Scientists Produced a ‘Living and Programmable’ Organism for the First Time