Home Celebrity Will Patrick Dempsey be back with the next episodes? 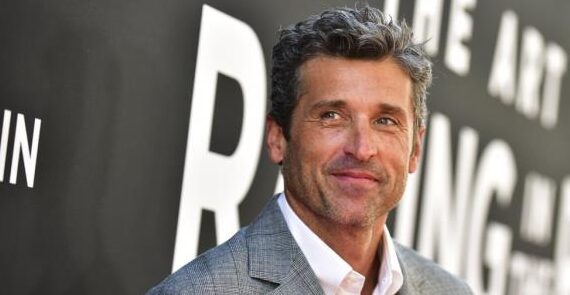 The ABC network presented fans with the impressive premiere of Grey’s Anatomy season 17, shocking all fans when the unexpected Patrick Dempsey appeared at the end of the second episode.

Dempsey returned to the longest running medical drama of all time as Derek Shepherd, during the convalescent Meredith Grey’s beach dream. With the broadcast of the final episode of the first half of the season, the doctor still remains unconscious, and therefore her fate is to be seen.

The drama said goodbye last Thursday, and fans were left wondering many questions. One of them is whether they will ever see Dr. Derek McDreamy Shepherd again, and ABC showrunner Krista Vernoff responded to Variety about a new appearance by Meredith’s late husband and what to expect. This was confirmed by Vernoff:

“You will see McDreamy again in the second half of the season. We are all hopeful, but we still have nothing new to report.”

Therefore, as long as Meredith continues to be unconscious and living through artificial respiration due to covid, it is very likely that her dreams of the beach will continue and Dr. Shepherd will return for another cameo with his wife in this season 17.

Remember that Grey’s Anatomy fans have also kept speculating about the return of different characters from the past to season 17 of the ABC drama. This, because on the IMDB page, some names of important characters that are no longer in the series appeared.

During the same interview, when asked about fan theories regarding the return of characters such as Christina Yang (Sandra Oh), Isabel Stevens (Katherine Heigl), Denny Duquette (Jeffrey Dean Morgan), Dr. Callie Torres ( Sara Ramirez), for season 17. Vernoff confirmed this, stating it was an IMDB error:

“My stepson sent me that picture, and my response was, ‘Oh my God! I wish!’ But no. Debbie Allen told me, “They’re so greedy! You just gave them McDreamy! ‘”

The Nine, meet the members of the new C-pop group

Jeff Bezos Was Lynched On Social Media For Insensitivity!