Home Entertainment Will Park Seo Joon be Amadeus Cho? A new Hulk for The... 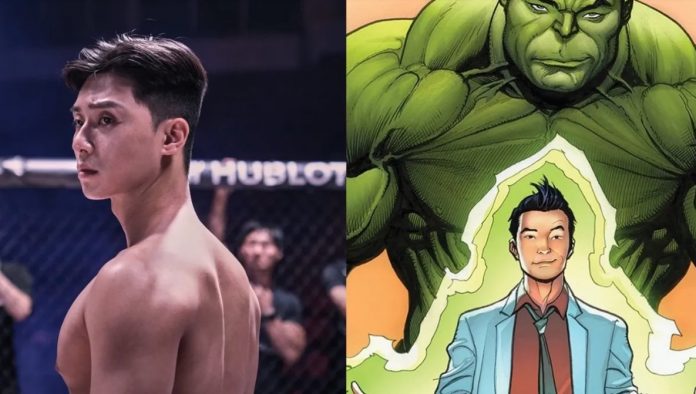 Do you know which character Park Seo Joon will play in The Marvels? It’s about a renewed Hulk. Park Seo Joon was chosen to join the cast of ‘The Marvels, the sequel to’ Captain Marvel ‘that everyone is ready to watch.

With this, it has given the opportunity for new talent to join the ranks of the producer and enjoy characters fresh, new or renewed, finding more adventures , personalities and iconic moments for fans of the Marvel movies .

Marvel added South Korean actor Park Seo Joon to its ranks causing great excitement among its fans who were waiting to know what character this actor would play , the movie in which he will act is ‘The Marvels’ , the sequel to ‘Captain Marvel’ and nobody can wait any longer for the premiere of this film .

WHICH CHARACTER WILL PARK SEO JOON PLAY IN THE MARVELS?

Park Seo Joon will be Amadeus Cho in ‘ The Marvels ‘, sequel to ‘Captain Marvel’ , this character is about a new Hulk , also known as Iron Spider, Mastermind Excello, Prince of Pode or Brawn; Cho, is a Korean-American genius boy, one of the most intelligent people on Earth contrary to the original Hulk, this character is confident with his new superpowers and he loves to use them after discovering them.

Knowing the roots of Amadeus Cho, we realize why Seo Joon is the most suitable actor for this role, what will this new Hulk look like ? Surely he will have many adventures in the future and maybe we can see a new saga of movies of this superhero but now incarnated by Cho .

There is still a long way to go before the premiere of ‘Captain Marvel 2’ , so while we can enjoy many other films and delight in everything that cinema has prepared for the world.