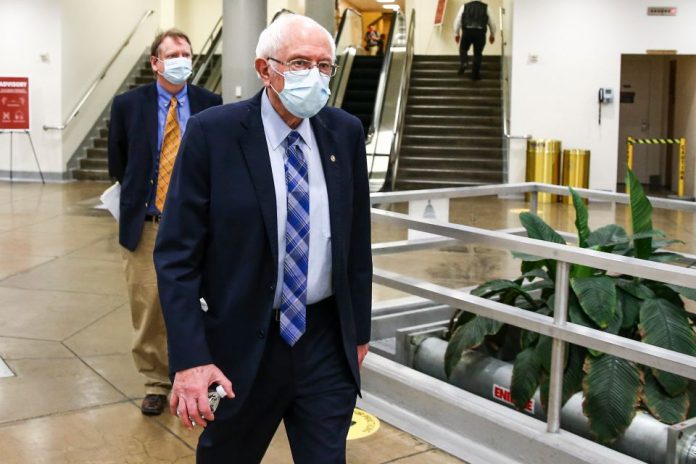 Senate Leader Mitch McConnell (Kentucky) faces a third day of pressure to allow a direct vote for the $ 2,000 stimulus check to families.

The Democrats, led by Charles Schumer (New York), will maintain their position to try to overcome McConnell’s constant refusal.

Senator Bernie Sanders (Vermont) has been one of those who pushed the most for the increase from $ 600 to $ 2,000.

“Suddenly Mitch McConnell and Senate Republicans are concerned that someone in the US might get the $ 2,000 check and ‘don’t need it,'” he tweeted. “Funny. They have no problem giving $ 1.4 billion in tax breaks to Charles Koch and his family, who has a fortune of $ 113 billion. How much hypocrisy! ”.

The stimulus check debate is subject to the override of President Donald Trump’s veto of the National Defense Authorization Act (NDAA).

Senator Sanders and other Democrats refuse to endorse it if the aid bill is not voted on.

The Senate session this Thursday is at 12:00 p.m. and the agenda indicates the NDAA law as a priority, which requires two-thirds of the vote.

McConnell is not the only Republican who opposes the stimulus check. He is joined by Pat Toomey (Pennsylvania) and John Cornyn (Texas).