Home Entertainment Will Meghan Markle Give Jewelry Worth 487 Thousand Dollars to Her Daughter... 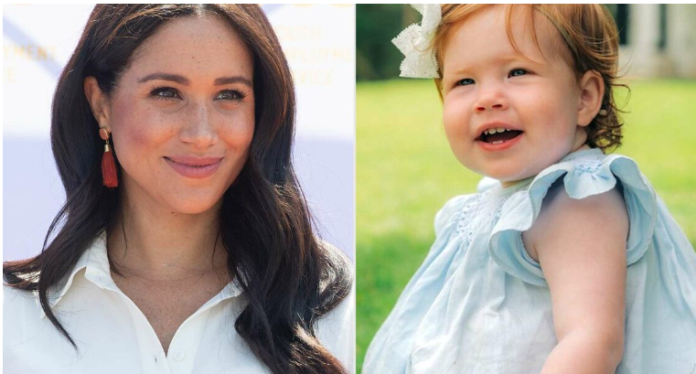 Despite the fact that Meghan Markle left the royal family in January 2020, she is the owner of several priceless jewels. The Duchess of Sussex has a rare collection of rings and bracelets that were given to her by her husband Prince Harry or inherited by Queen Elizabeth II. Just like the Princess of Wales Kate Middleton, Markle also owns some stunning jewelry from the collection of her late mother-in-law Princess Diana.

There is no doubt that many of the gems from Meghan Markle’s collection will be inherited by her one-year-old daughter Lilibet Diana Mountbatten-Windsor in the future. A junior member of the royal family can receive $487,000 worth of jewelry from the Duchess of Sussex.

Meghan Markle can give jewelry to her daughter Lilibet

One of the most outstanding things that Lilibet may one day inherit includes a stunning diamond bracelet. The former American actress wore a beautiful piece of jewelry during her grand wedding to Prince Harry on May 19, 2018 at St. George’s Chapel at Windsor Castle.

A bracelet of 104 classic-cut diamonds costs about 177 thousand dollars. Perhaps one of Markle’s most cherished wishes from the Sussex royal family was to see Lilibet wear the same bracelet on her wedding day in the future. Speaking about the bracelet, Maxwell Stone said, as quoted by The Mirror: “Megan’s stunning bracelet worth 150,000 pounds consists of 18-carat white gold, decorated with 104 classic-cut diamonds with a total weight of 4.50 carats and 52 baguette-cut diamonds with a total weight of 5.61 carats. ”

Meghan Markle can also give her daughter Lilibet a gold cuff bracelet worth $29,000, which originally belonged to Princess Diana. The Duchess wore the bracelet for the first time in 2018 during her royal tour of Australia. She was spotted wearing the same bracelet again at the NAACP Image Awards earlier this year. Markle also has jewelry such as her engagement ring, Diana’s Cartier Tank Française watch and Cartier stud earrings. ‘

Meanwhile, Lilibet may also have Princess Diana’s aquamarine ring, which Prince Harry gave to Markle at their wedding reception. Currently, the Asprey ring is estimated at about 100 thousand dollars. Moreover, Lilibet may become the owner of an unusual engagement ring Markle worth 142 thousand dollars. The main stone in the ring was extracted from Botswana, and the diamonds surrounding it belonged to Diana.