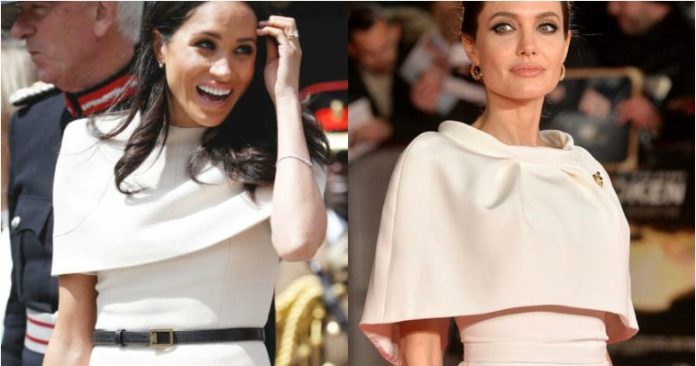 Meghan Markle has made a lot of noise because of her Spotify Archetypes podcast. In the first edition of the popular show, the Duchess had a heartfelt conversation with tennis sensation Serena Williams. In the following episodes, Markle invited more female superstars from different fields. Having hosted Mariah Carey, Mindy Kaling, Margaret Cho, Deepika Padukone, Paris Hilton, Victoria Jackson, Jamila Jamil, Sophie Gregoire Trudeau and many others, the former American actress really wants to invite Angelina Jolie and Amal Clooney to the podcast. .

There is no doubt that Meghan Markle will now be in desperate need of more influential personalities in the “Archetypes.” The Spotify show is failing miserably in the rankings, as its tenth episode is at the bottom in 77th place. Meanwhile, the Archetypes series is also not all right with the 22nd position. With such low numbers, Markle will have to come up with something extraordinary to attract listeners again.

Angelina Jolie and Meghan Markle are not friends. However, it is believed that these two may have a point of contact to speak out. According to The News, the Duchess and Jolie can talk about online bullying and racism in a podcast. There is no official confirmation that the two social workers are getting together yet.

The Duchess of Sussex and Angela Jolie sharing their experiences and thoughts about racism will be nothing but a pleasure for listeners. Last year, Markle spoke openly about facing structural racism in the United Kingdom as a member of the royal family.

She and Prince Harry have accused an unnamed member of the royal family of showing concern about their firstborn’s skin color. Meanwhile, Jolie has been outspoken about racism in the US over and over again. The Hollywood actress often talked about the difficulties faced by her daughter Zahara Marley Jolie-Pitt due to the fact that she was a colored girl.

Do you want Meghan Markle to collaborate with Angelina Jolie and Amal Clooney on an episode of Archtyepes? Let us know in the comments.