Home Entertainment Will Matt Smith return for the 60th anniversary of Doctor Who? 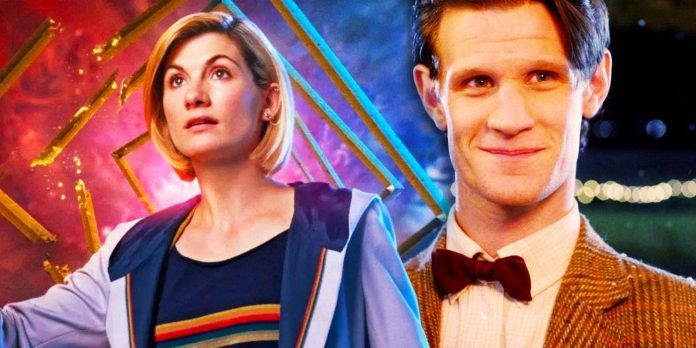 Updates for the 60th anniversary of Doctor Who continue to appear regularly, and the recent confirmation that David Tennant and Catherine Tate will return to the event has sparked talk about who else might return, including Matt Smith. Smith has reprised his role as the Eleventh Doctor before, joining Tennant in the Doctor Who 50th anniversary special, Doctor’s Day. Whether he repeats his role as the Eleventh Doctor again or not depends on whether he is ready to return to the series, as well as on what the plot of the 60th anniversary will be.

It is confirmed that Russell T. Davis will return as the showrunner of Doctor Who both for the anniversary and in an attempt to reinvent the series after 2023. The Doctor Who 60th anniversary announcements also confirmed the participation of Neil Patrick Harris, probably as a villain in the special. . Interestingly, David Tennant and Catherine Tate may not be reprising their roles directly. Photos of David Tennant showed his new suit and sonic screwdriver, prompting speculation about whether he was going to play the Tenth Doctor, whom fans know and love. Davis revealed the plot a bit, but may have hinted at the content of the anniversary when teasing that what happens in the episodes may be the missing story: “Or a parallel world. Or a dream, or a trick, or a memory.” The official release date is unknown, despite frequent updates of the special issue.

Matt Smith is incredibly eloquent about how much he enjoys playing the Doctor and how he would like to return to the series. The 50th anniversary of Doctor Who wasn’t the only time he reprised his role as Eleven. Smith happily returned to cameo in the first episode ​​Peter Capaldi “Doctor Who”, Season 8, episode 1 “Deep Breath”. It has not yet been confirmed that Matt Smith will return for DW’s 60th anniversary celebration, but he will probably return. Smith recently starred in the Sony Pictures film Morbius as the villain Loxias Crown. No sequel has been announced, but according to RadioTimes, in March 2022, he stated that he would prefer to return to Doctor Who rather than Morbius. “Doctor Who is the best. Doctor Who is the best role in the world, you know.” With Matt Smith’s enthusiasm to play the role of the Doctor again and Davis’ mysterious hints about the plot, it’s likely he’ll be back for the anniversary.

“The Day of the Doctor” proves that the Doctor can regenerate into previous forms, and this is the main reason why many fans assume that the Thirteenth Doctor regenerates back into the Tenth. This theory may explain David Tennant’s shooting photos and why Matt Smith is likely to return. Unfortunately, Smith and Tennant may not get screen time together and resume their hilarious banter if the Doctor only regenerates through old forms on the 60th anniversary. The filming schedule of the returning actors seems to imply that the anniversary will consist of episodes that will leave Smith room for a new appearance. Let’s hope that Tennant and Smith will interact again as their respective Doctors, as they played an important role in the success of the 50th anniversary. The multiverse in science fiction is becoming increasingly popular, so Davis can use a similar plot move to bring back Smith and the other Doctors.

While Matt Smith may not yet be confirmed for the role of the 60th Doctor Who special, there are several legendary actors who are returning to create a grand anniversary in 2023. “The Eleventh Doctor” will elevate Russell T. Davis’s production by offering nostalgia and poignancy to the witty banter he shared with the Tenth on their previous team. Hot rumors prove that Matt Smith will be welcomed back into Doctor Who with open arms.