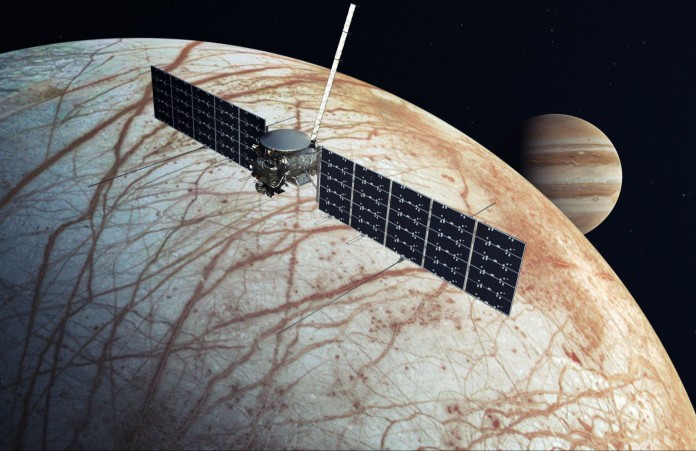 In a new study by scientists, a new ‘universal biochemical structure definition’ different from the one used so far in the search for extraterrestrial life has been discovered. The study is expected to lead the way in the search for new life examples.

Life on Earth is formed as a result of the interaction of hundreds of chemical components and reactions. Some of these compounds and reactions are found in all organisms and create a universal biochemistry that applies to all life on earth. However, this concept of universality is specific to known biochemistry and does not allow predictions to be made about samples that have not yet been observed.

In response to this, the search for extraterrestrial life form until now, this definition of ‘life form’ on Earth that we talked about has been carried out as a reference. For astrobiologists looking for life on other planets, there was no tool to predict the properties of “life we ​​don’t know”. However, scientists have managed to overcome this limitation by identifying universal patterns in the chemistry of life that are not tied to specific molecules, with a new study.

A new opportunity to identify features of alien life

It is stated that the findings obtained in the research may offer a new opportunity to predict the characteristics of alien life with different biochemistry from life on Earth.

Lead author of the study, Dylan Gagler, a bioinformatics analyst at New York University Langone Medical Center in Manhattan, became interested in universal biology out of a desire to better grasp the phenomenon of life. Stating that the phenomenon of life is an extremely difficult concept to detect, Gagler said, “As far as I can tell, life is ultimately a biochemical process, so I wanted to explore what life does at this level.” saves as.

To that end, Gagler and another co-author of the study, Sara Imari Walker, an associate professor in the School of Earth and Space Studies and the School of Complex Adaptive Systems at Arizona State University, decided that enzymes, the functional drivers of biochemistry, are a good way to approach this concept. Using the Integrated Microbial Genomes and Microbiomes database, they, together with their collaborators, investigated the enzymatic makeup of bacteria, archaea and eukaryotes, thereby identifying much of the Earth’s biochemistry.

A new definition of ‘universal biochemical structure’ has been made

“We want to have new tools to describe and even predict aspects of life that we don’t know about,” said Walker. It involves using theory and statistics to Stating that humans are not just composed of molecules that are part of their bodies, Walker notes that their work aims to develop ways to turn this philosophical understanding into a testable scientific hypothesis.

Starting from this approach, the research team was able to discover a new type of universal definition of biochemical structure by identifying statistical patterns in the biochemical function of enzymes shared across the tree of life.

“We identified this new type of biochemical universality from large-scale statistical models of biochemistry and found that they are more generalizable to unknown life forms than the traditional one, which is defined by certain molecules and reactions common to all life on Earth,” said Hyunju Kim, co-author of the study. He states that the discovery enabled them to develop a new theory for the general rules of life that could guide the search for new life examples.

“We can expect these results to be valid anywhere in the universe, and this is an exciting prospect that motivates many interesting studies in the future,” notes co-author Chris Kempes of the Santa Fe Institute.

Cyberpunk 2077 had the biggest digital launch in history