Home Entertainment Will Jungkook, V And Jimin Surprise With New Music For Christmas? 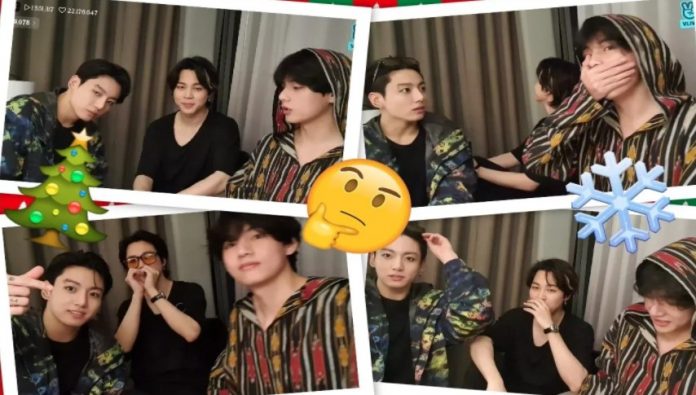 Some BTS idols excited ARMY with their comments, could they be preparing something new for Christmas? The best Christmas gift for ARMY is BTS and maybe Jungkook, Taehyung and Jimin will make the perfect songs for their fans’ winter, the idols declare that they want to work on some special song.

BTS has surprised with some songs this year, with ‘Butter’ and ‘Permission to Dance’, the group has triumphed internationally thanks to the popularity of both tracks, their fans have not stopped their support even with their special collaboration, ‘ My Universe ‘with Coldplay.

Although perhaps ARMY is waiting for a full Bangtan Sonyeondan comeback or more songs to enjoy, it is well known that the fandom never stops wondering about Jungkook or Taehyung’s mixtapes, for example; hoping their idols will shine individually as well.

There are many of the talents of the Bangtan members that we may not have met yet and their creativity is also at its maximum and is reflected in each of the songs of the group, any time is good to surprise with new compositions.

And it seems that Christmas will be the special date that inspires V, JK and Jimin to release something new for ARMY, will they be ready to release new music?

Jungkook, Taehyung And Jimin From BTS Say They Want To Release New Music, Do You Prepare A Special Christmas Song?

During BTS‘s last broadcast on VLive, the group’s idols took a moment to talk casually and brought up the possibility of creating new songs: 0 Taehyung started by saying,

I want to release a song for Christmas, once I get back to Korea, I’m going to go to the studio and work.

Also, he told Jimin that he should start working too, could it be that he had also thought of a Christmas song? Mochi replied that he didn’t start anything, Taehyung didn’t either anyway; Lastly, V asked JK ‘Jungkook, will you release something for Christmas?’ and the Golden maknae replied: How did you know?

Let’s wait to find out what these idols are planning to release, they will surely be amazing songs for ARMY and they will have all the talents of the three members of BTS in them.

Last year, Jimin released the special song ‘Christmas Love’ for Christmas, surprising ARMY and giving them the perfect soundtrack for this holiday; In 2018 the entire group released ‘Last Christmas’ and Jungkook also premiered ‘Oh Holy Night’ on this special date.

Maybe this year is no exception and Bangtan surprises with a new Christmas song that will set the ARMY winter to music.

In other BTS news, the idols ended the concert with cute words for ARMY now that they were able to meet their fans in person once again.