Home Entertainment Will Johnny Depp be able to return to Fantastic Beasts after the... 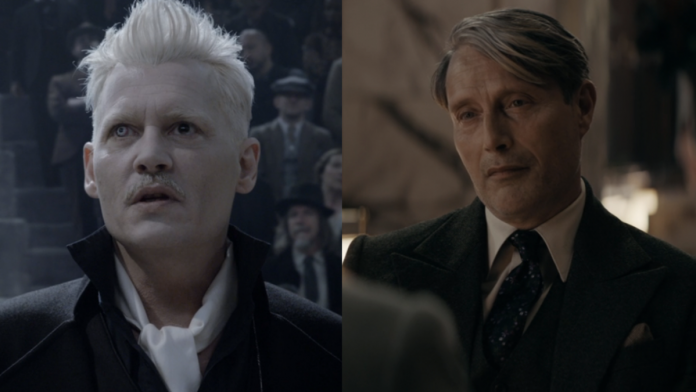 The legal battle between Johnny Depp and Amber Heard has been going on for many years, and neither of the acting teams shows any signs of slowing down. The “Pirates of the Caribbean” actor emerged victorious when the verdict in their libel case was made public, and he continues to study music and returns to acting projects. But could Depp return to the Fantastic Beasts franchise after his legal victory over Heard? That’s what his replacement Mads Mikkelsen thinks.

Warner Bros. has asked Johnny Depp to give up the role of the villain Grindelwald in the Fantastic Beasts franchise after he lost a libel case against the British edition of The Sun. Mads Mikkelsen was brought in to replace him in Dumbledore’s Secrets, but fans wondered if Depp could return to the role now that he had apparently been acquitted in court against Amber Heard. Mikkelsen was asked about this possibility during an interview with Deadline, and he replied:

It was very frightening. Obviously, well, now the course has changed — he won the lawsuit, the court [case] — so we’ll see if he comes back. He can.

Well, that’s it. It seems Mads Mikkelsen seems to be considering the possibility of Johnny Depp returning to play Grindelwald in Fantastic Beasts 4. In fact, it hasn’t been confirmed by Warner Bros. yet.

Mads Mikkelsen’s comments to Deadline refer to his recent appearance at the Sarajevo Film Festival, where the conversation eventually turned to his debut in the magical world as Grindelwald. And instead of competing with Johnny Depp or desperately trying to keep the role, the Hannibal actor admitted that everything has changed and Depp can return. We just need to see if this turnaround is happening behind the scenes.

Later, during the same interview, Mads Mikkelsen explained what it was like to try on the role of Grindelwald from Johnny Depp. This included his work as an actor, as well as his interactions with avid Harry Potter fans who may not have been thrilled with how he joined the wizarding world. As he put it,

I’m a big Johnny fan. I think he’s an amazing actor, I think he’s done a fantastic job. Having said that, I couldn’t copy it. There’s no way I could just copy it because it’s so much of it. That would be creative suicide. So we had to come up with something else, something mine, and build a bridge between him and me. So yes, it was scary. His fans were very, very nice, but also very stubborn. I didn’t talk to them too much, but I could understand why their hearts were broken.

Johnny Depp’s dismissal from the Wizarding World happened when “Fantastic Beasts: Dumbledore’s Secrets” had just begun filming. Mads Mikkelsen was quickly replaced, and he definitely brought something new to the main antagonist of the franchise. There was no mention of this change in the character’s appearance in the film, so could it happen again when Depp returns to the role? Time will show.

“Fantastic Beasts: The Secrets of Dumbledore” is currently airing on HBO Max. Be sure to check out the release dates of the films in 2022 to plan your next movie.