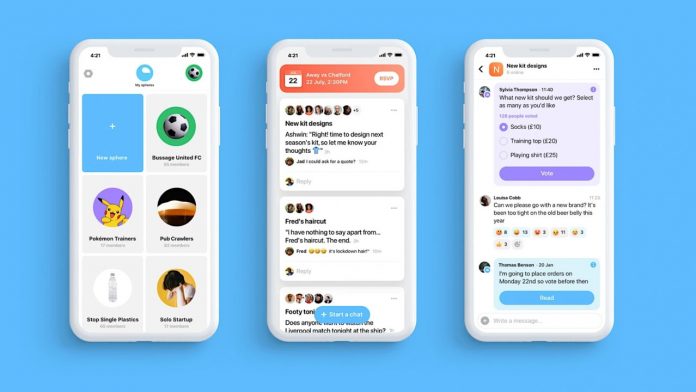 Twitter has acquired a group chat application called Sphere, which is extremely popular in the UK. The 20-person team behind the application moved to Twitter with this purchase. How much the purchase cost Twitter is currently unknown. Twitter, the world’s most popular microblogging application, announced that it has taken a new step to expand its product and service range. According to the statements made by the company, Sphere, one of the popular group chat applications in the UK, has been officially purchased as of now. Neither party made an official statement about how much this acquisition cost Twitter.

Sphere is not a very familiar application around the world. However, it is known that the application, which has a team of 20 people, is promising. The software, which allows users to communicate by establishing groups, seems to be able to serve in a much wider scope in the coming periods. Twitter could even make Sphere a competitor to WhatsApp if it wanted to. However, we can easily say that there is no certainty at this point.

In the statements made on the subject, it was stated that no new users will be accepted to the application with the agreement. The developer team, all of which will continue to work within Twitter, will primarily focus on improving Twitter’s DM experience. No one knows yet what will happen next. Who knows, maybe Twitter, with the access problem in the past weeks, may reveal an alternative messaging application to WhatsApp.