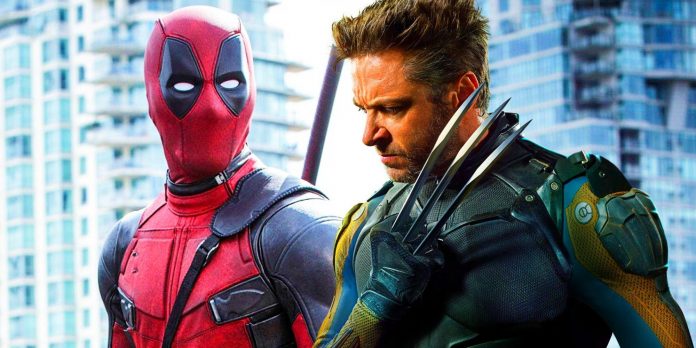 The longtime Wolverine actor hung up the adamantium claws in 2017, but is Hugh Jackman in Deadpool 3 and finally reuniting with Ryan Reynolds? Marvel Studios is in the process of continuing the Deadpool franchise after Disney’s acquisition of 20th Century Fox. Ryan Reynolds is returning as Wade Wilson for Deadpool 3, which will see the Merc with a Mouth jump to the Marvel Cinematic Universe. Thanks to this move, there is a lot of speculation about if Reynolds’ Deadpool will finally interact with a version of Wolverine.

Hugh Jackman helped bring Wolverine to live-action in Fox’s X-Men franchise starting in 2000. He became the face of the entire franchise, which included him starring in a trilogy of solo films. While many of these Wolverine-centric entries received a mixed reception, the celebrated Logan allowed Jackman to retire from his Marvel hero role perfectly. This gives Marvel Studios the chance to cast a new actor to play Wolverine, even though many still want to see Hugh Jackman again. Rumors spread like wildfire that Jackman would play Wolverine again in Doctor Strange in the Multiverse of Madness, but those were not true.

The possibility of Hugh Jackman joining the MCU now has now been pinned on Deadpool 3. Jackman has a long history with Ryan Reynolds, including how Reynolds first technically played a version of Deadpool in X-Men Origins: Wolverine where he fought Jackman’s Wolverine. The two never reunited in any of Fox’s other X-Men movies or Reynolds’ two prior Deadpool films. As a result, there is rife speculation that Hugh Jackman is in Deadpool 3 to pay off the actors’ hilarious online feud.

As previously mentioned, the X-Men Origins: Wolverine film is where Ryan Reynolds and Hugh Jackman’s feud began. Reynolds had recently married Scarlett Johansson, who Jackman knew, so they began joking with each other. The Deadpool actor has pursued another Wolverine crossover ever since. When Jackman turned down a cameo in the first Deadpool, Reynolds used a magazine cover of Jackman for a joke. It was shortly after this that the actors began a fake feud online, resulting in them one helping the other promote upcoming projects at varying intervals. The pair originally called a “truce” in 2018 that did not last long, as more social media pranks and jokes were made by both sides. Since everything they do is in good fun, there is really no end in sight for Jackman and Reynolds’ fake feud. However, most of this feud revolves around Hugh Jackman’s unwillingness to play Wolverine again to give fans (and Reynolds) the crossover they desperately want. It seems a Wolverine cameo in Deadpool 3 could be the only way to really stop Ryan Reynolds and Hugh Jackman’s feud for good.

Why People Think Hugh Jackman Will Be In Deadpool 3

Hugh Jackman appearing in Deadpool 3 is something that fans have been thinking could happen since even before the movie was announced. Ryan Reynolds previously revealed that the original idea for the sequel before Disney bought Fox was for Deadpool 3 to be a buddy road trip movie with Wolverine. The franchise star has since continued to say that he hopes Jackman will eventually agree to be in the film, even as he continues the online feud. The possibility seems only stronger after Shawn Levy joined Deadpool 3 as the director. Levy previously directed Hugh Jackman in Real Steel, while his and Reynolds’ 2021 film Free Guy even included a voice cameo from the former Wolverine actor.

The speculation regarding whether or not Hugh Jackman’s Wolverine is in Deadpool 3 reached another high point recently thanks to the actor’s own social media activity. A photo of him with a shocked expression looking at his phone that only included the 😳 emoji as a caption led to wild speculation about its meaning. Many took it as a sign of Jackman teasing a text or email on his phone that confirms he’s coming back as Wolverine in Deadpool 3.

Related: Deadpool 3 Should Have The MCU’s Real Wolverine (To End Jackman Feud)

Should Hugh Jackman Be In Deadpool 3 As Wolverine Or Himself?

While Deadpool 3 certainly has the narrative ability to include Hugh Jackman, the question of whether or not he should appear as Wolverine or himself is completely different. Deadpool 3 is potentially Hugh Jackman’s last real opportunity to play Wolverine again, but the movie could also end Reynolds and Jackman’s feud by featuring the debut of the MCU’s new Wolverine actor. It would similarly be fun to see Deadpool interact with an in-universe version of Hugh Jackman, the actor, mistaking him for Wolverine. Of course, many also would rather not see Jackman return in any capacity.

The best option, though, is for Hugh Jackman to appear in Deadpool 3 one way or the other. Unless he is holding out his Wolverine return for a possible Secret Wars-style multiverse MCU movie, having him return to interact with Deadpool is the best option. It has also been five years since Logan was first released and viewers watched Wolverine’s heartbreaking death – meaning an appearance in Deadpool 3 will not make the movie any less powerful at this point. But if Jackman is adamant about not playing Wolverine again, a cameo as himself would be a fun way to satisfy viewers – and hopefully even his long-time friend Ryan Reynolds.