Home Entertainment Will Hocus Pocus 2 be released on Netflix? Where can I watch... 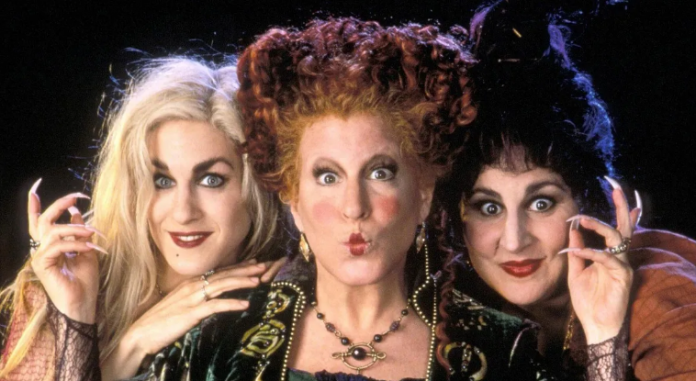 What better way to start Halloween month than watching some of the scariest comedies of all time? When making a list of movies worth watching this Halloween, don’t forget to add the 1993 Hocus Pocus movie. The American comedy in the fantasy genre meets all the requirements so that you do not look up from the TV screens. The story revolves around a teenager Max Dennison, who moves to Salem with his family.

While exploring his new home with his sister Dani and girlfriend Allison, Max makes a mistake. Despite Allison’s warnings, a teenage boy lights a cursed candle of Black Flame to free three witches, namely Winifred, Sarah and Mary, who were executed about 300 years ago. The film is dedicated to how three teenagers with the help of a magic cat prevent witches from becoming immortal. Although “Hocus Pocus” is already a masterpiece, the creators gave fans another blockbuster in the form of “Hocus Pocus 2“. Released on September 30, 2022, the film has already made a lot of noise for all the right reasons. So, can you stream it on Netflix?

The American supernatural film is written by Jen D’Angelo with Ann Fletcher and Walt Disney Pictures as director and producer respectively. The film is completely different from what was depicted in the 2018 book “Hocus Pocus and a Brand New Sequel.” Written by A.V. Janta, the book tells about the meeting of Max and Allison’s daughter Poppy with the Sanderson sisters.

However, Hocus Pocus 2 focused on the lives of three completely different girls: Izzy, Becky and Cassie. The shop owner tricked Izzy and Becca into resurrecting the three witches again after 29 years. This time, instead of taking the child’s life, the Sanderson sisters cast a forbidden spell. They embark on a journey to take revenge on the descendant of Reverend Traske.

The film revolves around how three young girls use magic and spells to prevent the Sanderson sisters from harming. After the basics are clarified, let’s move on to the vital question: Will Hocus Pocus 2 appear on Netflix?

Where can I stream the sequel?

You may be disappointed to learn that Hocus Pocus 2 is not available on Netflix. The chances of a horror comedy being broadcast on an American service at any time in the future are slim because it’s a Walt Disney Pictures production. All Disney products end up on the studio’s own streaming platform. So you can tune in to Disney+ Hotstar to watch Hocus Pocus 2 from anywhere in the world.

You can play Doom on a LEGO cube

The design of the Disney Star Wars bar is inspired by...