Home Entertainment Will Hideo Kojima’s Project Overdose be a horror? 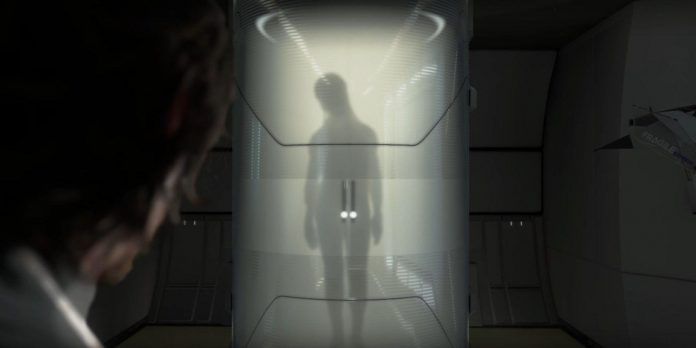 In games, Hideo Kojima has made a name for himself thanks to his eccentric personality and the unique themes he weaves into his games, leading some to believe that his games predict the future. His games have always been praised for their complex gameplay, and his greatest work, the Metal Gear series, cemented his name in books on the history of games and popularized the stealth genre.

After Kojima broke up with Konami, he founded his own studio, which gave him more freedom to implement his ideas. Gamers have already tasted the uninhibited Kojima in Death Stranding, a game in which players make deliveries in post-apocalyptic America, where the dystopian landscape is as dangerous as the looming undead BT. Although not all gamers were able to figure out the game, it attracted the attention of enough people that the public was curious about what Kojima would do next.

According to some rumors and reports, it looks like Kojima may be working on a couple of games in a project with Xbox via Cloud Gaming (which seems to be Overdose) and maybe even on a sequel to Death Stranding. The latter is relatively clear in terms of gameplay and content, but many may wonder if Overdose is a horror game.

RELATED: Sam Bridges of Death Stranding 2 Can Take a Lesson or Two from Arthur Morgan of RDR2

What is an overdose?

During the Summer Game Fest 2022, Kojima did not appear so unexpectedly when he talked a little about what his studio was doing. He said that Kojima Productions and Microsoft have signed a deal to release the game for Xbox, and the game will use Microsoft cloud technology. This is an exciting announcement as it opens up the possibility for a truly unique gameplay from Kojima. There wasn’t much information about the upcoming game, although Kojima made it clear to gamers that they would probably have to wait a bit before they could play the game.

There are a lot of rumors around the upcoming game. It is unlikely that it will be Death Stranding 2, as the franchise is closely linked to the PlayStation, which led gamers to believe that Kojima is working on a new intellectual property. Industry insider Tom Henderson claims that the game is codenamed Overdose, and it will feature Margaret Qually, who played Mom in Death Stranding. According to Henderson, the game can be played both from the first and third person, and it can be controlled via a mobile device, where Microsoft cloud technologies may come into play.

Is overdose a horror game?

Kojima has yet to confirm or deny that his upcoming game is Overdose or that Henderson’s leak is true. However, given Henderson’s impressive track record, it is likely that there is at least a grain of truth in this leak. Although it is currently impossible to confirm which genre Kojima’s upcoming game belongs to, all available evidence indicates that it is likely to be horror.

According to Henderson, who received footage from the game, he saw the character walking down a dark corridor, and also became a victim of fear of jumping, which suggests that Overdose may be a horror game. This would not be surprising to any Kojima fan, since he has long shown interest in creating another horror game. It is known that Kojima was supposed to develop Silent Hills, but the game never saw the light, except for a demo called P.T. Although Death Stranding is not a horror game, it has several horror elements, and in some segments it can be very unnerving.

An overdose can be an opportunity for Kojima to create the horror game he has always aspired to, and with Microsoft’s cloud technology, it can become a truly unique game with innovative gameplay. It will likely take some time before gamers get more official news about the game, but at least they can be sure that Kojima is working hard on his next project. If this really turns out to be a horror game, and Kojima applies everything he’s learned over decades in the industry, Overdose could be a truly terrifying experience.

Death Stranding is already available on PC, PS4 and PS5.

The origin of the Mononoke Doron Doron brings to an epic...