Home Celebrity What will happen to the BTS tour due to coronavirus? 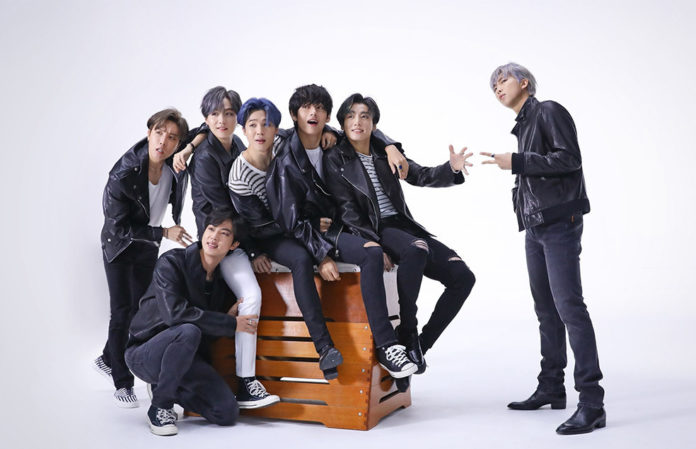 What will happen to the BTS tour due to coronavirus? Big Hit is evaluating the situation in the world to determine the group’s plans.

When the detected cases of coronavirus in South Korea increased drastically, different events began to make adjustments in their organization to prevent infections from continuing to increase , some were postponed, others were done behind closed doors, but eventually and with the severity of the situation increasing, they all had to be canceled.

Among them, one of the most famous in the world was the cancellation of the dates of the tour that BTS had planned to carry out in Seoul as part of its world tour Map of the Soul Tour 2020, the dates planned for the month of April would be taken to held at the Olympic Stadium in Seoul however Big Hit Entertainment announced that due to security measures they would choose to cancel it.

yall remember when namjoon clowned us on how we react on jungkook's english??? yeah i miss them 😔❤#ARMYMissesBTShttps://t.co/PKC7T1PSGh

After this announcement and with cases of Coronavirus unleashed in several countries , fans of the group began to question whether a similar decision would occur with the rest of the concerts that are part of the tour. However, because in the rest of the nations the cases were very few and everything seemed to be under control, Big Hit determined that no other changes were necessary.

Some weeks have passed and the situation has completely transformed, several countries in Europe have reported an exponential increase in the numbers of infections , so they have had to be quarantined to prevent the numbers from continuing to rise. Given this, there has been much suspicion about whether the BTS concerts that were scheduled to take place on that continent could be canceled like other massive events.

However, Big Hit Entertainment has not determined what their plans are , possibly because they are waiting to see how the situation evolves. According to reports from the company, this topic is still under discussion, so it invites the group’s followers to be patient, since as soon as something is decided they will be in charge of making an announcement.

Meanwhile, the schedule for ticket sales in Europe has had some changes regarding the dates designated for the sale of tickets, announcing that they could be changed again according to how things continue.

“Without them I am not J-Hope, I am just Jung Hoseok. It may never be perfect, but I want it to look perfect, at least on stage. This is J-Hope, this is BTS. "
—Jung Hoseok.💜

Members of the group continue training in the hope that the situation will improve , simultaneously, the administrative workers of Big Hit have chosen to carry out their work from their homes.