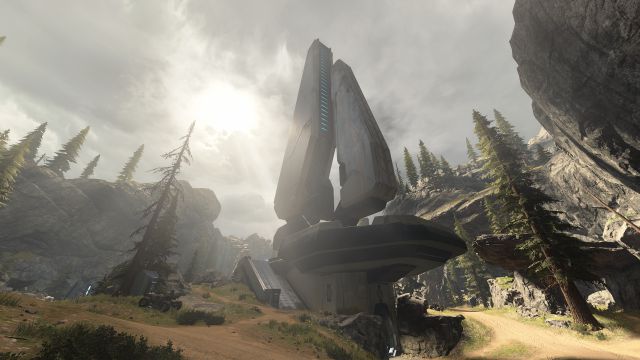 Halo Infinite: 343 Industries talks about what decision they have made when it comes to whether or not to bring some classic maps from the saga to Halo Infinite multiplayer. Halo Infinite is on its way to release on December 8 on Xbox Series X | S, Xbox One, and PC. His arrival is something more special if possible compared to other deliveries due to the character that the multiplayer has taken. Some users (especially fans) wonder if we will see the return of some classic scenarios in the form of a remake. 343 Industries admits it’s something they talk about on a regular basis, but they lean towards “a spiritual reset” rather than a dedicated port.

Nostalgia and novelty, the two keys to the classics in Halo Infinite

Andrew Witts, lead multiplayer designer at the studio, explains to the IGN microphone what the team feels about this: “I think what we have done with Fragmentation [the map for Big Team Battle] is what we want; we want things to feel new, but we want them to give a little memory without giving you exactly the same design or with slight differences, because we are a different game with different needs ”.

For those who do not know what Fragmentation is about, we talk about the map built for BTB that starred in the second technical test of Halo Infinite. The influences when designing it take two pillars known to all fans: Valhalla, from Halo 3, and Ragnarok, from Halo 4; the latter was already a remake of the first mentioned, so the circle is closed in some way. Once at the controls in Fragmentation you can notice the similarities and differences.

“There are some maps that have made it into almost every single Halo installment, so I wouldn’t say we will never do a remake. But again, we are doing a spiritual reset, we are looking for how we can put our own spin on it and at the same time continue to feel a bit like a trip to nostalgia when you go for them, ”explains Witts. Cayle Geoge, lead multiplayer designer at 343 Industries, adds that they have already tried porting certain maps as they were originally designed. “They weren’t working well,” he concludes.

In Season 6 of “Better Call Saul” there are Perfect Parks...

BTS and Coldplay To Release My Universe, All About Their Collaboration