Home Entertainment Will GOT7 Have Its Own Company? Jay B Excites The Fans 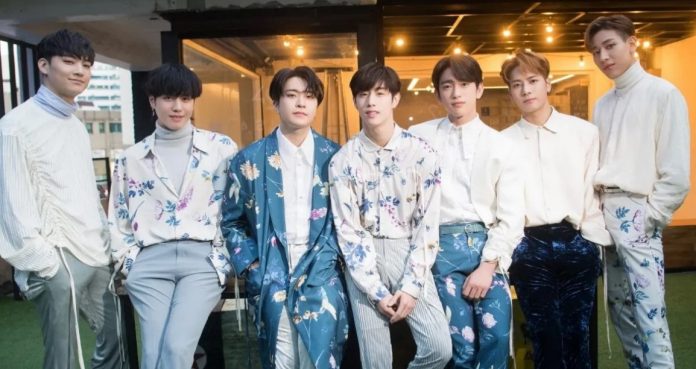 An interview prompted Jay B to talk about the possibilities of having his own alongside GOT7. Can you imagine this idol as CEO of a company? He is open about whether he has considered that alternative for his future and the GOT7.

This year we have witnessed how each of the members of the group signed contracts with new agencies to work on their facets as soloists, but they have also made it very clear that they will continue to release music as a group and proof of this was the Encore melody.

Jay B is the member who recently released an album and is currently in the middle of SOMO: FUME promotions, so during a radio interview the DJ of the show told him that he could visualize him opening his own company or record label, will it be possible?

The singer has shown his talent through different facets, from composition, his photographic projects, music production, and more, for which he has even been awarded the title of All Rounder. While his skills show us the potential he has to take that step in the industry, Jaebeom confessed what his plans would be.

JAY B UNDERSCORES HIS COMMITMENT AS PART OF GOT7

The BTW interpreter said that, although at the moment he has no plans to create his own company focused on music, he is not closed to the possibilities that could come in the future, but if he makes that decision it could be a company for GOT7 .

This group already has two CEOS within its lineup, as Jackson previously founded his company TEAM WANG and Mark Tuan now has his own studio for idol promotions in China, so Jay B could get advice from his close friends.

Also, we must remember that the leader of GOT7 was in charge of fixing all the paperwork so that the group could continue releasing music together, which adds points to this boy’s vision as a company founder.

this jay b is giving me a boss of a company vibes pic.twitter.com/6bXJD0JYi5

At the moment it is unknown which record label the group plans to make their next comeback with, when Encore was released it had Warner Music as a global distributor, but it also received the support of all the companies where the idols already had contracts. .

Meanwhile, the boys have taken a moment to exploit their individual potential through music releases, acting projects, songwriting, and more.

In other K-Pop news, we told you that several members of ENHYPEN got sick and the fans of the group showed them their love, what happened to the idols?