Home Entertainment Will Elden Ring Be Easier? Its Director Gets Wet: “More Players Will... 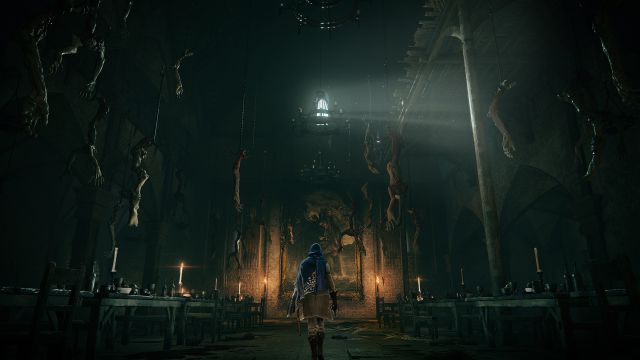 Elden Ring: Hidetaka Miyazaki shares the creative process behind Elden Ring. The director thinks that more players will finish it than his previous works. The eternal debate about the difficulty splashes again to Elden Ring. Hidetaka Miyazaki, director of the project, has been wet about this question. The creator shares what the creative process has been in this sense and what has been the philosophy that prevails in each of the projects under his mandate.

“It is a valid discussion. I feel like our approach in these games, not just Elden Ring, is to design them to encourage players to overcome adversity. We do not try to force a difficulty or make things difficult just because they are. We want them to use their wits, study the game, memorize what’s going on, and learn from their mistakes,” explains Miyazaki.

Regarding the difficulty, he assures that they have never wanted the game to feel like “an unfair punishment”, and that when designing the playable loop they always seek to “make it enjoyable in itself to overcome the challenges within the repetition cycle”.

“With Elden Ring we have not intentionally tried to reduce the difficulty, but I think that more players will finish it this time”, emphasizes the director. For this Miyazaki believes that a series of circumstances are key: “The level of freedom to progress through the world or return to a challenge later are elements that I feel will help players so that they can progress at a faster pace. slow. Also, it’s not entirely focused on action. The player is now more likely to choose his approach on, for example, moorland bosses and how to use stealth in various situations,” he reveals.

Among the elevation changes in structure we find the multiplayer, full of barriers and special circumstances so far. In Elden Ring they have “reduced the number of steps you have to take to enjoy it in multiplayer.” “We hope that players embrace the idea of ​​receiving help from others,” he concludes.

Natasha Bure criticizes “disappointing” suggestions that she gets roles thanks to...