S & P500 investors started asking if the market will rise again after the recent decline. Finance experts tried to answer this question, which also applies to the crypto money market, by looking at past data.

The S & P500 Index, which hit record levels earlier this month, has lost almost 10% after this rise. During this period, especially the shares of technology companies were hit hard. Finance experts started to make new predictions for the future of the S & P500 after this decline.

Goldman Sachs and Deutsche Bank experts are optimistic about the future of the S & P500, Bloomberg reports. Goldman Sachs’ team of experts, led by David Kostin, announced that the American stock market could rise later in the year.

Deutsche Bank experts also looked at historical data, especially on option contracts. Experts observed that the ratio of bearish contracts to bullish contracts dropped to the lowest level in the last 10 years. This indicated that the general atmosphere in the market was positive. But experts noticed that this positive mood started to fade as the S & P500 entered a downward trend. However, the data reported by Bloomberg show that Deutsche Bank experts are also hopeful about the future of the stock markets.

Does It Affect the Crypto Money Market?

The crypto money market has been in a downward trend, just like the S & P500. This is just like the S & P500 for cryptocurrencies, “will it rise?” brings along the question. The total value of the crypto money market was almost $ 390 billion two weeks ago, while this number has dropped to $ 340 billion today. Investors wonder what direction the market will move after this 11% decline. 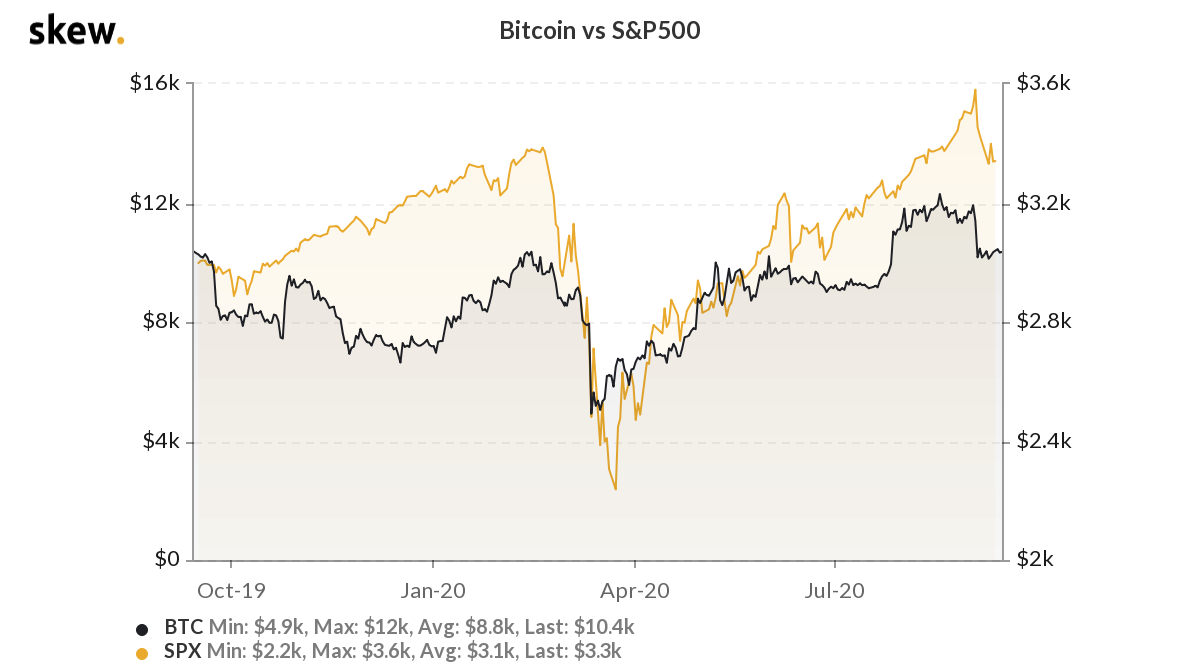 As can be seen in the chart shared by Skew, Bitcoin and the S & P500 started to move partially together, especially after the fall in March. If the expectations of Goldman and Deutsche Bank experts are correct and the stock markets start to recover again, the crypto money market may start to move in this direction.

How to Perform Fortnite’s 9th Week of Deadpool Themes?