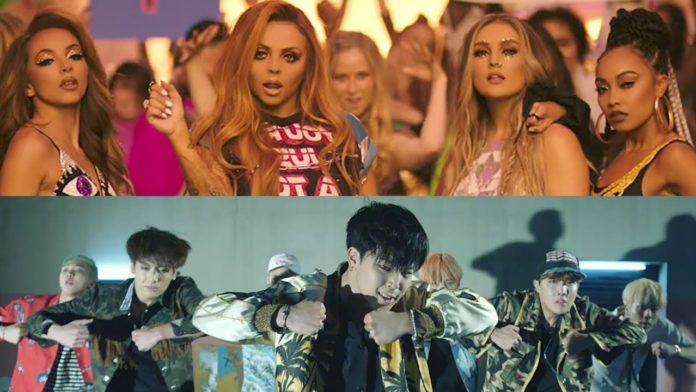 One of the members assured that they would have an incredible choreography.

The music industry is very competitive, but it is also a great platform to express diverse feelings and protest against social problems.

It is also a bridge to break the language and distance barriers between artists and fans. BTS has had a chance to collaborate with other celebs like Steve Aoki, Halsey, Lauv, and compose songs with the support of celebrities like Troye Sivan, but it looks like there might be another project on the horizon.

Through his Instagram account, Jesy , a member of the Little Mix group , spoke about BTS . The singer was doing a live to interact with her fans, one of them asked about K-pop and her wishes to work with this musical genre.

To the surprise of ARMY and Mixers, Jesy assured that she loved the boys and was open to any collaboration , in addition, the girl group is known for having catchy songs and great choreography, so the merger would be an explosion of talent by both groups.

JESY SAID SHE WOULD LOVE A BTS COLLAB

Until now, all are rumors and speculations, but the idea cannot be ruled out, since BTS has already collaborated with other artists and this type of project has been a great tool in music. What do you think?

The finale of the 4th season of “New Amsterdam” shocked fans...