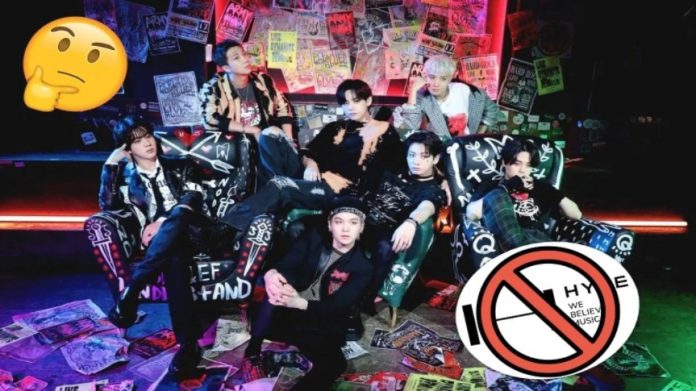 K-Pop fans know well that many agencies within the musical genre have been unfair, they have been exposed throughout their history for mistreatment of idols, abusive contracts, harsh rules and others that end up affecting many artists .

BTS has worked with BigHit, now HYBE, from the beginning, the members of this group seem to be comfortable with their agency so far and even decided to renew their contract because the company promised the members of Bangtan Sonyeondan that they would support their passion. for the music and the stages.

But ARMY has noted that HYBE may not be doing the right thing with their star band, such as giving offensive nicknames to Jimin or excluding Jin from promotions are examples of actions the agency has taken that fans do not find right.

This is why ARMY has asked idols to leave HYBE, but do they really intend to? It is also important to know if the Bangtan Boys are really uncomfortable with the treatment that their company gives them.

Through Weverse, a fan of BTS decided to write a comment that said ‘Guys, leave (get out of) the company’, maybe ARMY did not expect to receive any response, but Seokjin decided to leave his reply with a simple: ‘Oh! Why?’.

Many fans know that BTS has shares in HYBE, they are a large part of the company and it might be rare that they leave it, in ARMY there was a division between the people who supported and protected Jin and those who understood the message that that fan had left.

Perhaps it is known to BTS that ARMY has complaints and idols try to improve alongside their company, it is important to know if they feel good about their agency, if the company really makes mistakes, if they apologize to their artists and other situations which may be internal.

WHEN DOES BTS’S CONTRACT WITH HYBE LAST?

There is still a long time to enjoy BTS and their talents, now that face-to-face concerts are back, there may be a world tour that ARMY will totally love.

Tom Brady believes that it would be “very hard” if his...