Home Celebrity Will BTS have their own combo at Cinépolis for PTD On Stage? 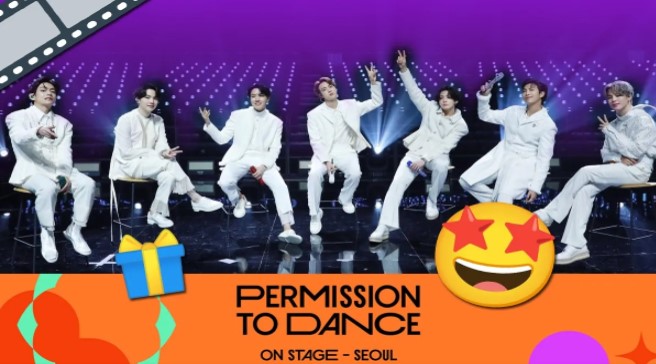 Many ARMYs already have their tickets to see the Permission To Dance On Stage concert in movie theaters, the BTS special event still has more news for fans, will there be a special combo?

Just a few days ago there was great emotion as BTS fans in different parts of the world tried their best to reach the tickets that would give them access to this special screening. One of the band’s concerts in Seoul will hit international theaters and no fan wants to miss it.

In Mexico, the sale of tickets was full of adrenaline and the great affection that Bangtan Sonyeondan idols receive from their fans led them to sell out all the rooms that were available until now, causing even new venues to be opened to host this unique event.

But after breaking sales records that made clear the great popularity of the K-Pop group in our country, now a new surprise could come for ARMY and here we tell you why.

WILL THERE BE A SPECIAL COMBO TO SEE PTD ON STAGE AT THE CINEMA?

The cinema page has added a mysterious announcement to its list of promotions, because in addition to different consumption alternatives that are already available to fans, they have just added a banner announcing the arrival of a new special combo.

However, it did not go unnoticed that the design of this advertisement has elements in the style of Permission to Dance On Stage, the concert that fans will be able to see in theaters.

WHAT COULD INCLUDE THE BTS PTD ON STAGE COMBO?

Until now, the image appears diffuse, keeping the mystery of what the combo includes, however, it is expected to be a combo with popcorn, soda and more. Will there be other surprises for the film?

It has been speculated that due to the high demand that existed for the tickets, ARMY could perhaps receive other benefits, since images of gifts that fans could receive in the style of photocards or commemorative tickets have also circulated in other countries, as happened in the preview screening of a BTS movie.

However, until now it is only about suspicions and longings, but for now, in a very short time we will know the real content of the combo that this cinema prepared for ARMY and with it the countdown also begins to see the show on the big screen .

In other BTS news, we tell you what the group’s achievements are with the sale of tickets for PTD On Stage that prove how successful one of their concerts in Mexico would be.

BTS and their variety shows that ARMY shouldn’t miss