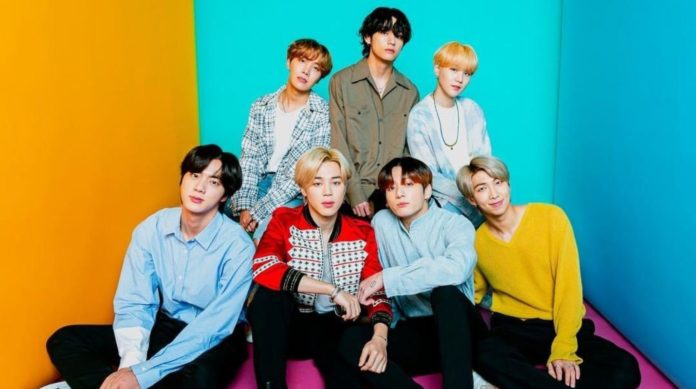 Could this be the second clue that the boys give their fans?

The boys of BTS are nowhere to get their comeback with ‘Map of the Soul: 7 ‘, so far 3 of the concepts that will stand on their record material have been revealed.

But there is more exciting news for ARMY …

The appliance company, Samsung , has made the official announcement of the launch of its new smartphone , in an event called ‘ Samsung Galaxy Unpacked 2020 ‘, where the different technologies implemented in the cell phone were shown to the public .
Some time ago the members of BTS changed from smartphone , from Apple to Samsung , which reinforces the suspicions that there may be collaboration between, BTS and Samsung , this as it adds that, during the conference, in the video that appeared on screens .

I am a Samsung user for years now and I already planned on switching to iphone later this month but i guess itll not happen now. Taehyung's impact#SamsungXTaehyung #SamsungEvent pic.twitter.com/XEDFL9o9Lk

Also, Taehyung is seen , he brings a black wireless headphones and also one of the promotional images for ‘ Map of the Soul: 7 ‘, which corresponds to ‘ Black Swan ‘, all these tracks make the rumors are more and more powerful.

Christmas 2020: how to limit contamination with loved ones