Home Celebrity WILL BIGHIT BUY PLEDIS ENTERTAINMENT? BTS AND SEVENTEEN COULD WORK TOGETHER 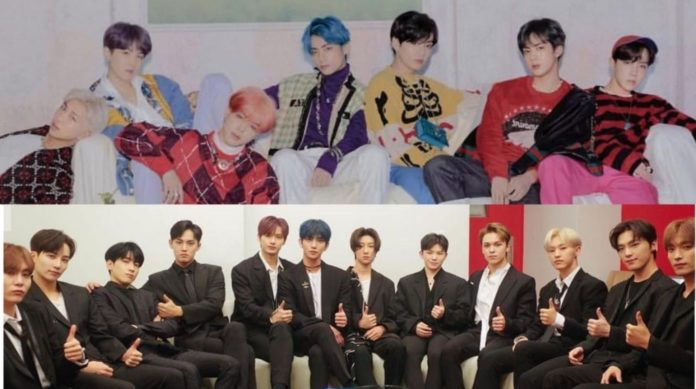 Big Hit recently changed its name, from Entertainment, to Labels and a few minutes ago it became known that the company could be buying from Pledis Entertaiment, which was founded by Han Sung Soo, a dancer from several known K-groups. pop, the company has been active since 2007.

Among the groups that Pledis has launched are: After School, Orange Cramel, NU’EST and Seventeen.

It is said that Big Hit Labels will acquire Pledis, but will leave the creative and administrative management in the hands of current managers, as it did with the Source Music company, who run the women’s group GFriend.

According to reports, all Pledis workers would move to the Big Hit building next May, where they will continue to work in charge of their groups. Nothing has been confirmed yet, as Korean media expect Big Hit to make an official statement about its acquisition.

Fans, ARMY and Carat, expressed their opinion through social networks, the mention of Big Hit is trending on Twitter, thanks to the public sending messages to the two companies, wishing to see the work together:

At the last moment, Big Hit went out to give his position on these rumors, the company said that they have not made a decision, as negotiations could continue in development.

Kylie Jenner and Drake: Their relationship is not serious!

Plus belle la vie: Boher on the verge of resigning!