Home Celebrity Will Amber Heard be replaced by another actress? 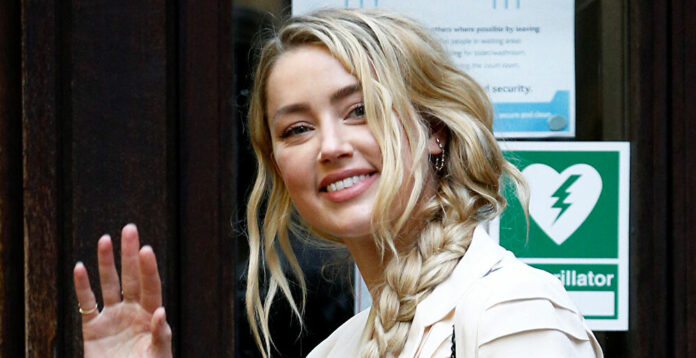 The director of Aquaman 2 would seek to replace Amber Heard (Mera) with an actress of Asian origin in another role!

As you know, Amber Heard recently won her case against Johnny Depp. Since then, the Warner Bros. asked the interpreter of Grindelwald to resign from his role in Fantastic Beasts, without his ex-girlfriend not being worried. But if the latter were to lose her second trial opposing her to her ex-husband, the studios could fire the actress from their universe of DC superheroes. However, according to Grace Randolph (the YouTube channel Beyond The Trailer), the director of the saga has already foreseen this possibility within the script of Aquaman 2. He intends to introduce a new super-heroine in the guise of an actress Asian, and that she replaces Amber Heard as the main female character in the event of her disgrace.

Some of you are asking re Amber Heard – as I told you before, they are bringing on this new female lead to balance things out, and writing the script so that Heard’s role can be cut down if needed. But as of right now she’s still in #Aquaman2

“Jodie Comer met Marvel Studios & DC for roles (in Aquaman 2 and Flashpoint) following the Free Guy buzz. But James Wan wants Aquaman’s new female lead to be an Asian actress,” Grace Randolph wrote on Twitter. “Some of you are asking about Amber Heard – like I told you before, they are bringing in this new female lead to balance things out, and you are writing the script so that the role of Heard can be. shrunk if necessary. But for now, she’s still in Aquaman 2. ” The star’s departure would undoubtedly be controversial in turn: one more for Warner Bros., which has just reacted to that on the Justice League of Joss Whedon with an official press release!