Home Entertainment Will Aldo return in the fifth season of the series “Conners”? 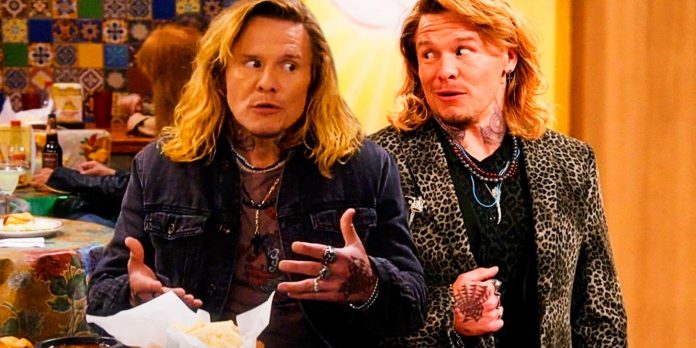 While Aldo has been a constant and welcome presence in season 4, viewers expecting to see a supporting star in season 5 Conners may be disappointed. Actor and comedian Tony Cavalero made a big impression on the Conners in the role of Harris’ infernal love interest Aldo. Despite the fact that Aldo seemed good-natured, he was also dangerously uninhibited and ridiculously irresponsible, and both of these qualities made his relationship with Harris a recipe for disaster.

Since the beginning of season 4 of The Conners, Ben and Darlene and their potential reunion have been postponed due to Harris’ long-running quarrel with her mother. Harris, who decided to date Aldo despite his age and his children, sparked an intergenerational battle for her independence from the titular family, which was soon exacerbated by the fact that the hot-tempered Harris moved in with Aldo. As a result of all this drama, viewers naturally wonder if Aldo will be welcomed into the family home at all during the fifth season of The Conners.

Related to this: The Risky Shooting Stunt in Conners Season 4 Paid Off

Although Harris’ immature boyfriend was a funny minor character, he was also a major source of conflict in season 4 of “Conners.” the couple, almost married, led to serious quarrels with her family. Since season 5 of “Conners” is supposed to fix Harris’ story and give the rebellious, ambitious character a more meaningful outlet for her anxiety and misdirected aggression, the sitcom is unlikely to bring back Cavalero’s love interest. After all, while Aldo was funny, the character was also one of the reasons Harris was stuck in a rut throughout season 4 of “Conners.”

Thanks to all the drama his relationship with Harris has caused, it’s unlikely that Aldo will be able to become a regular on the series in the fifth season of Conners. This may seem obvious, but there is a precedent for Conners redeeming seemingly doomed love interests. Ben, Darlene’s former partner, stayed behind after their bitter breakup in season 3, which led to Ben and Darlene’s eventual reunion (and wedding) at the end of season 4 of Conners. However, since fewer viewers support Harris and Aldo’s reunion, the character would have left without much purpose if he were to return in season 5 of Conners.

There is a possibility that since “Conners” takes place in a relatively tight-knit community, Aldo may reappear in a future episode. However, the probability that Cavalero will become a regular participant in the series in the fifth season of Conners is very small due to the circumstances of his character’s breakup with Harris. It’s a shame, as the energetic supporting actor was an unforgettable presence in the series. Fortunately, Conner viewers who miss Tony Cavalero can find an actor in another John Goodman series, the underrated religious satire “Righteous Gems.”

The Witcher (Season 2) on Netflix: Geralt de Rivia and Ciri...