Home Entertainment Will Age of Empires 4 Be Released For Xbox Series X |... 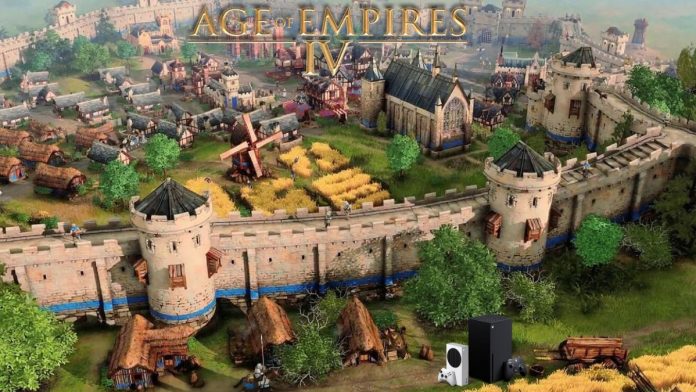 Age of Empires 4:The new game in the strategy saga is available exclusively for PC, also as part of Xbox Game Pass on that platform. One of the classics of the strategy genre is back, one of the most recognized Microsoft sagas returns. Age of Empires IV can be enjoyed right now, but for now only on PC. How could it be otherwise, some have wondered if those from Redmond have any intention of adapting the title to Xbox One, Xbox Series X and Xbox Series. Are there chances of that happening? In an interview with the Italian media Multiplayer, Relic Entertainment has opened the doors to this option.

“We are thinking of you. As soon as we finish managing the launch on PC we will start thinking about how to make it work on consoles. ” They acknowledge that they still do not have “any definitive plan”, but it is from now on when they will share the possible paths to follow. Therefore, it will be necessary to wait until the matter is firmly clarified.

It may interest you: analysis of Age of Empires IV

Unlike Gears: Tactics, which from the beginning had a plan for its release on consoles, Age of Empires IV has been more cautious. Another video game that was also initially marketed on PC was Microsoft Flight Simulator. A year after its arrival in compatible versions, it has been marketed on Xbox Series X and Xbox Series S, so that the One version has been left in limbo: in the latter case, the biggest stumbling block was its graphical power.

Age of Empires IV is available from October 28 exclusively for PC. Subscribers to Xbox Game Pass for PC or Xbox Game Pass Ultimate have access to the product at no additional cost, although as we said, only from a computer. Nor has it been specified if in the future it will be possible to enjoy it through the cloud, something that would not be strange considering the boost that Microsoft has given to this technology.

Back 4 Blood: confirms postponement to October 2021