Home Tech When will Age of Empires 4 be released? Here are all the... 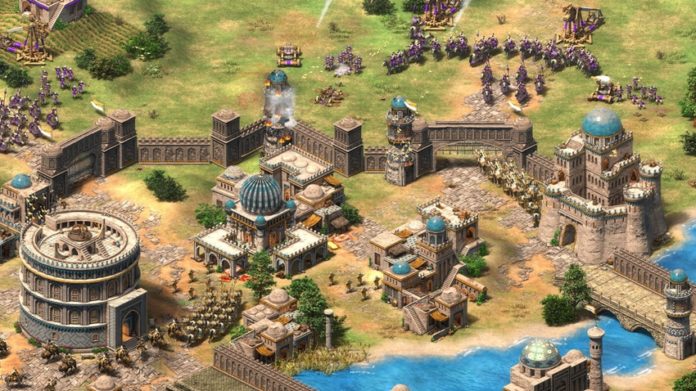 The new game of the series, Age of Empires 4, which is seen as a legend among the strategy games, was able to excite the players as soon as we heard its name. We have compiled the answers to all the curious questions such as the game’s system requirements and release date.

The second game of the series was a huge success. The second game, which is one of the games that can be played with a LAN connection, was so popular that Age of Empires 2 HD was released in 2013 after a 14-year break. Of course, these games were not idle, and extra games such as Age of Empires Definitive Edition were also released. However, none of them has been so successful. Now, his actors have surrounded the Age of Empires 4 excitement.

When will Age of Empires 4 be released?
The first images about Age of Empires 4, developed by Relic Entertainment, appeared with a small battle scene. After Age of Empires 3, released in 2005, it became the harbinger of a new series start 10 years later. AOE 4 was first announced in 2017, but no information has been leaked until the last months. It is necessary to congratulate Relic for this.

After the release of the trailer, the issue that the players were most curious about was the release date of Age of Empires 4. However, there is no official statement on this issue so far. The new game will probably be released in 2020 or in the first quarter of 2021. Many cuts make comments about the game coming out in the fall. Relic has not yet made a statement on this matter.

There is no official announcement about the system requirements of the game yet. However, the expected system requirements are as above. Looking at this information, the computer, which we call “toaster”, may have some difficulty while running Age of Empires 4. However, intermediate and advanced computers seem likely to run the game without difficulty.

Will we see more technological developments in the new game?
Adam Isgreen, one of the creative directors of the game, made several striking statements about the new series. One of them was that the series would be modernized. In fact, it seemed to have said it for stories. The longer the game, the more complex the series said. He explained that they did not want to do this with Age of Empires 4 and that they behaved differently during the new game’s production.

When we look at the trailer, we see the armies in the old games. This, in fact, can be said that the explanation made by Isgreen is a little confused. There are two possibilities here; We will either have a new era in the game and we will see technological developments or we will have to keep the story of the game short and buy new stories with the support of DLC. Option 2 seems to be inevitable, but we hope that it is not exaggerated.

We can say that they are quite ambitious about the story. Isgreen in particular claimed that the new story was humanized and would give players excitement and fun. Perhaps the delay of the release date of the game announced in 2017 may be due to this. Microsoft was said to have been impressed by the talent of the developer team of AOE 4 in Relic. He said that they were at a good point about the last situation of the game.

One of the issues that most curious of Age of Empires fans in Turkey will not be is of Turkish support. Many of those who took the game in the previous series had to make an extra Turkish patch. It is too early to say anything about whether Turkish language support will be available. However, this time we can hope a little because the number of Turkish players playing the game is very high.

The music of Age of Empires 4 and the composer of The Witcher 3:
Although there are different kinds of games, it would be a lie if we say that this information does not excite us. If you’ve played The Witcher 3 before, you’ve heard how good the music is. There were melodies that made our goose bumps in the thriller scenes, and writhing melodies in the sad scenes. Here Mikolai Stroinski, who made these compositions, announced that he will make the music of AOE 4 on his Facebook page last year.