Home Entertainment Will Abby appear in The Last of Us Part 1? 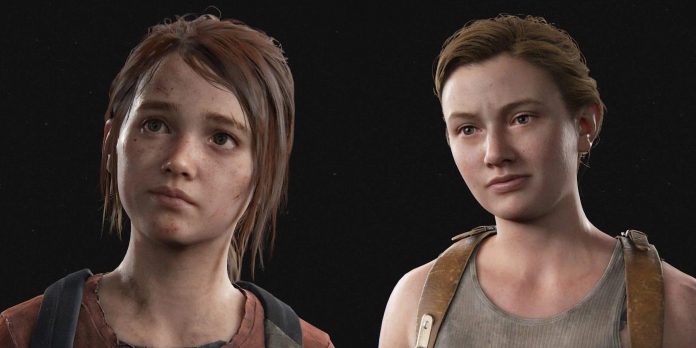 The Last of Us was widely considered a masterfully crafted game with unnerving combat and exceptional storytelling. The sequel, The Last of Us Part 2, carried over that story and further developed the characters that players have grown to know and love, while introducing new characters that further muddied the past of the original protagonists.

After the success of the sequel, Naughty Dog announced that the original game would receive a full remake dubbed The Last of Us Part 1. Seeing how it is a remake rather than a remaster, the developers are aiming to dive deeper into the original story and flesh out more of the characters. With that said, The Last of Us Part 1 will likely include many details that foreshadow the events of the sequel, one of which may be the introduction of Abby.

RELATED: The Last of Us Players Are Dreading One Particular Sequence in the Remake

How The Last of Us Part 1’s Story Has Changed

The original story for The Last of Us was extremely gripping and ended with a lot of players demanding to know how the story continued after Joel and Ellie’s escape from the hospital. Joel had essentially double-crossed the Fireflies in order to save Ellie’s life, killing many innocent people during the process. One of the people Joel kills is the doctor who claims to be able to find a cure for the spore-based disease that now riddles the world. During the events of the first game, players must kill the doctor in order to escape, but it is not until The Last of Us Part 2 that they find out just how significant that doctor was.

Shortly after the beginning of The Last of Us Part 2, players discover that the doctor’s name was Jerry Anderson and he and his daughter, Abby, were members of the Fireflies. Joel murdering Jerry is what triggers Abby’s quest for revenge during The Last of Us Part 2. Allowing players to play as Abby and see her side of Joel and Ellie’s story definitely puts Joel’s already questionable actions at the end of the original game in a harsher light.

Players now see just how impactful Joel’s actions were on a personal level and show how unhinged Joel has become in his quest to save Ellie’s life. Though the sequel does show how Joel’s actions affected the world and Ellie’s opinion of him, the real heart-breaking moments come from Abby’s side of the story. With that in mind, it is still not guaranteed that Abby will have a role in the remake. Though players are more aware of her and her father’s story, it is unclear if their story is going to be a part of the plot of The Last of Us Part 1.

Now that players have a full, two-sided story behind what happened at the end of the original The Last of Us, the inclusion of Abby’s perspective during these events could be a double-edged sword. On one hand, it will allow for further develop Abby as a character and to be seen as a child growing up parallel to Ellie. On the other, including Abby and her father could take the spotlight away from Joel and Ellie’s story. Even though Joel’s story is controversial, it is still the original, raw story that birthed the sequel.

Abby is definitely an interesting character. Though her original reception from fans was lukewarm, as her story progressed, she was depicted as a caring individual with more to her than just brute strength and an urge for revenge. Especially after growing to care for Abby, many fans will likely want to what her childhood was like and how she came to be the person she is. The Last of Us Part 2 had many fans split and wondering if they should stay loyal to Ellie and Joel or side with Abby’s more rational thinking.

For Abby to gain such momentum in just one game shows that she already has a lot of character. The sequel features small snippets of her upbringing and her relationship with her father, and for many, that was enough character development for fans to understand her side of the story. Giving her a role in the remake could further develop her character and divide fans’ opinions between Abby and Ellie even more.

RELATED: The Last of Us Part 1 Comparison Images Show How Much The Environments Have Changed

The core story of The Last of Us was solely about Joel and Ellie’s journey. What began as an escort mission turned into an emotional roller coaster ride that not only brought Ellie and Joel closer, but made the player care deeply about the two main characters. Even by the end of the story, some fans sided with Joel and his decision to save Ellie’s life, regardless of the consequences, because neither Joel nor the player could stand the loss of another loved one.

Including Abby and her father in this story could possibly add even more depth and emotion to the already heart-breaking tale, but it could also change the original story too much. One of the most significant events in The Last of Us Part 2 was discovering Abby’s tragic backstory and putting the player in her shoes while she hunts down Joel. Just as they knew that Joel was in the wrong for killing the hospital staff in the original game, players felt uneasy taking control of Abby and killing Joel.

That being said, including Abby in some capacity, even as a small role that foreshadows what is to come, and introducing Jerry Anderson before the final scene could potentially make The Last of Us Part 1’s story more intense and cause the final act to be significantly more impactful. Naughty Dog will undoubtedly recreate the original story just as masterfully as it has made all of its previous titles. Abby’s theoretical inclusion remake should not take away from Joel and Ellie’s story.

The Last of Us Part 1 launches September 2 on PS5. A PC version is in development.