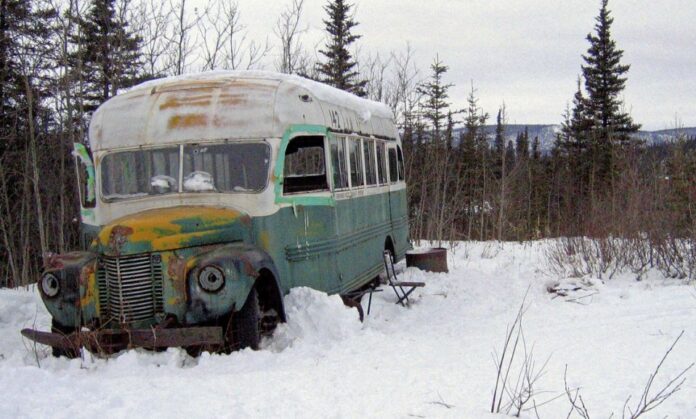 The famous abandoned bus, which was the subject of the book Into the Wild and the movie of the same name, was moved for security reasons. The bus, in which traveler Christopher McCandless died, was taken to a safe area by military helicopter.

The abandoned bus, which is the subject of the book ‘Into the Wild’, which tells the real life story of US traveler Christopher McCandless, and the movie with the same name, has been removed from its location because it poses a danger to tourists who want to visit.

The famous bus, in which Christopher McCandless lived for some time in the state of Alaska in the USA and died of starvation, became a frequent destination for curious adventurers. However, it could have cost the lives of tourists going to the region to see the bus. For this reason, the bus was moved from its location with the help of a military helicopter.

Into the Wild’s famous bus was dangerous for tourists

Visitors must cross the Teklanika River to reach the bus, located in the central part of Alaska, 50 km from the nearest town. Last year, a newly married Belarusian woman was strangled trying to cross the river. In 2010, there was another drowning case. In addition, a Brazilian trapped in the region in April and five Italians were rescued in February, while a severe cold burn was found in one of the tourists.

State officials announced that 15 search and rescue activities were organized for tourists who wanted to visit the bus between 2009-2017. Alaska Natural Resources Officer Corri Feige said, “We encourage people to enjoy the wilderness of Alaska safely and understand the impact this bus has on the popular imagination. However, this abandoned and deteriorating vehicle was dangerous and required costly rescue work. importantly, it cost the lives of some visitors, “he said.

The bus will be kept in a safe area

It is not yet known what will happen to Into the Wild’s famous bus. Alaska officials announced that the bus will be kept in a safe area until a decision is made on this matter. Denali district mayor Clay Walker informed that the bus manufactured in the 1940s was brought to the region 60 years ago.

“It’s also a bit of sadness to see that the abandoned bus has become a dangerous visiting point for curious tourists and the problem must be solved,” he said.

Christopher McCandless found his abandoned bus during his Alaska journey in 1992 and started living there. Spending about three months on the bus, McCandless regularly made notes. After this time, McCandless, who decided to return, was stuck on the bus due to the rise of the Teklanika river. Meanwhile, the traveler, who was injured, fell from power and lost his life due to insufficient food and equipment.

McCandless’s lifeless body was found on September 6, 1992 by a hunter named Butch Killian on his bus. Author Jon Krakauer published his book ‘Into the Wild’, which tells the story of the unfortunate traveler, in 1996. Then in 2007, Sean Penn directed the movie of the same title based on the book.

Rihanna: After 33 years she is back in her career!