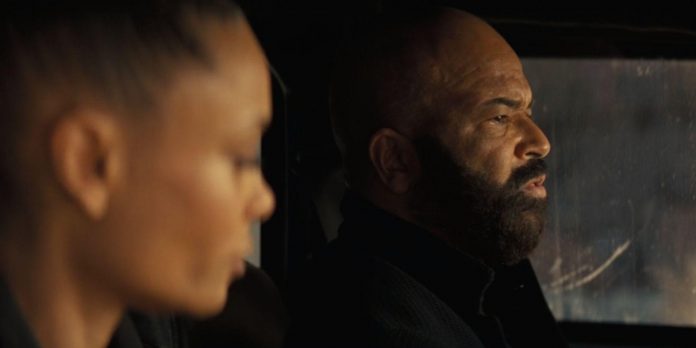 One of the things that Westworld absolutely loves to do and did again in Season 4’s penultimate episode is to send viewers in one direction, only to make an abrupt turn and speed off in the other direction. Sometimes this bit of trickery works very well. Other times it ends up making a kind of mockery of the reveals the show was trying so hard to hide. There are episodes of Westworld where the reveals are just too easy to deduce because the show had tried to fool people in similar ways too often. This season, the biggest example of that was the dual timelines trick that the show has done a couple of times before. It tamped down the reveal Caleb was actually a Host whose human body had died a long time ago.

However, when Westworld isn’t rehashing old tricks and trying to use them in ways that aren’t really different enough, the show can be quite good. The reveals and the twists in “Metanoia” were well guarded. That doesn’t mean they were completely impossible to predict. However, they were quite a bit more fun than some twists from earlier in the season. In fact, one of the biggest twist was one of the funniest of the series and it will certainly be fun to see how it plays out in the Season 4 finale.

RELATED: Westworld’s Creators Are Making Something Scarier With A New Amazon Horror Anthology

Every episode of Westworld tends to feel as though the pieces on the chessboard are getting set up for one big game. Of course, the people and Hosts in the show often talk about being in games. If that is true, then the players were definitely making some moves in the penultimate episode. That included Bernard and Maeve and the Host overlords. Of course, the show does get bogged down in the explanations of how Bernard saw what was going to happen and what he had to do in the Sublime. However, there’s very little doubt that the two characters play well off each other.

In another corner, the woman formerly known as Delores, now referred to as Christina and James Marsden’s Teddy are walking through the world similar to how a pair of ghosts might move through the real world. Or, it could be pointed out that they acted as unseen gods. That has been a theme of the show for the last few episodes. That the Hosts were once slaves to their gods, the humans and now they are the actual gods, capricious and cruel and just toying with humans. Christina doesn’t toy with humans, it’s pretty clear that she wants to help them and to that end has realized the kind of powers she actually has over the world.

While Christina is moving through the world and figuring out who she really is, the “resistance” fighters are moving against Hale and her armies. In the process, Kaleb reentered the game, despite the fact that he seemed to be completely beaten and broken in the previous episode of Westworld. His reappearance was supposed to be an emotional one, but this is where the episode fell a bit short, mainly because the characters involved simply aren’t filled out enough for the audience to really care when they find each other again. While it’s a safe bet that the reunion between Kaleb and his daughter, who the audience found out was “C” all along in Episode 6, was a big one for the characters, it was a bit weak for viewers. Of course, it’s also possible that the Westworld writers knew that was the case, considering they splashed in some comedy not long after they found each other.

Not long after this reunion, the big twists of the episode started to take place. Though they don’t really begin until after Ed Harris gives an absolutely masterful performance, as he has done throughout the series. His character or characters however the audience wants to look at it has always been the most interesting, because he always seems to be someone who wants to do good, until he realizes he’s not actually interested in doing good at all. When William is the biggest villain on the screen, he’s incredibly compelling. His discussion with … himself was equally compelling.

Before things suddenly got topsy turvy, there was also a very nicely choreographed fight between what amounts to two goddesses doing battle on Mount Olympus. Maeve and Hale finally come face to face and punches are traded with the kind of power one might expect to see from two gods doing battle. It is of course an interesting and impressive exchange that in a lot of ways, is something that viewers have been waiting to see for quite some time.

Considering that the show has been built on the idea that Bernard is able to see how to take Hale down and save the planet, the final episode of Westworld in Season 4 certainly has the chance to be one heck of a finale. The show has put forward a plot that certainly felt as though it was basically borrowing from the Avengers as there was “one path” that led the good guys winning. What this episode set up was a destruction of that idea in a way that certainly makes it seems like next week’s episode is going to be plenty interesting. Those who are left standing and who are going to be joining in the final fight got to this point using disparate paths. The final showdown that the Season Finale is apparently going to have could be quite interesting indeed.

Perhaps the best part of this episode is that it answered some of the big questions of Westworld Season 4 while offering up even more. To some degree, the fact that this episode mostly set up next week’s episode could be framed as a big drawback. On the other hand, the way it set up the final installment of this season had plenty of fireworks on its own. The real question is how much will be a misdirect and how much will have truly been laid to rest.

Twisted Metal May Win New Game Made by Sony

Why do earthquakes occur upside down? It could mean something big.