Home News Why Won’t The Warcraft 2 Movie Come Out 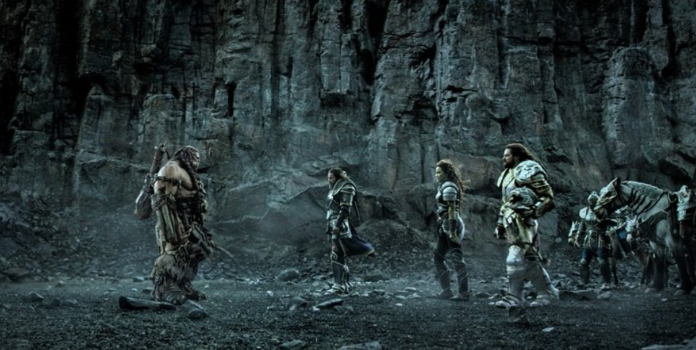 When it was released in 2016, it was a great disappointment for some and a movie with a high viewing pleasure for others, and the sequels or even movies of Warcraft will not come. So why is Warcraft 2 not coming out?

Years have passed since we watched the Warcraft universe on the big screen. For those who love both the movie and the Warcraft universe, there is a question of whether sequels will come in mind. The movie had a great success when it was released, and as such, despite negative reviews, some opinions were formed about the future of the Warcraft 2 sequel.

The director of the film, Duncan Jones, made some statements about the sequels in the past years, which was another detail that made the audience expect the sequel. However, if you look at the latest news, unfortunately Warcraft 2 will not be released. Although this news may seem to upset fans who enjoy watching the Warcraft universe as a movie, it is also worth mentioning that this decision is not surprising for fans who are not happy with the movie.

Why won’t the second movie of the Warcraft series be released?

Although Warcraft had a great success at the box office, it did not receive very good returns from both audiences and critics. The production, which could not please its audience in many ways , did not create excitement for possible sequels to be honest. As such, the producer company refrained from giving the necessary approval for sequels.

In particular, the fact that the film met with very few viewers in the United States, in addition to the great box office success that the film achieved worldwide, raised questions for the producer company. We can say that behind the fact that the expected sequel news has not been received despite the past four years is the decrease in the confidence of the producer company in the series. In the first few months after the movie came out, some explanations were made that actually led us to believe that a new movie is on the way, but now we clearly know that Warcraft 2 is not on the horizon .

Why did the first Warcraft movie fail?

The Warcraft series , which has a very large universe and a strong story , unfortunately could not give us what we wanted in the movie. For someone who has not played World of Warcraft and does not know the Warcraft universe very well, although it is considered successful with its visual effects, acting and music, Warcraft did not manage to catch its main target audience.

Warcraft’s powerful story was not reflected well enough in the movie, and also the ending of the movie was unsatisfactory. This ending, which did not create the excitement to wait for the continuation of the series, was also the place where the biggest criticism about the film came. Another disappointment that Warcraft created was that it was a movie that did not adequately reflect the diversity of the universe. Perhaps if there were a better script supported by side stories, we would both get to know the Warcraft universe more and enjoy watching it more.

However, this is actually a major problem for many movies based on games. Game adaptations never achieve the expected success and are subject to audience criticism. This was also the case with Warcraft, and many viewers had very high expectations when they went to watch the universe they were in on the big screen . Unfortunately, Warcraft could not live up to these expectations.

What would it be like if Warcraft 2 and Warcraft 3 movies were released?

The director of the film, Duncan Jones, “What kind of story would it continue with if the sequels of the series were released?” He made some explanations to answer the question. While answering questions about the subject in the past, Jones stated that the story will focus on Orcs’ search for a new world , and finally drew a similar story diagram while answering a question posed to him on Twitter.

According to Jones’s statements, Warcraft 2 was about Thrall’s journey to find the orcs’ new home. In the third film, after a war that would allow the Orcs to gain their freedom, the dream would finally happen and the Orcs would arrive in their new home. Unfortunately, we will not have the chance to watch these scenarios on the big screen.

The story continues, although no new movies are coming:

Jones often expresses his regret for not being able to bring new stories to his audience, but ultimately the Warcraft universe is a universe that continues to expand. World of Warcraft advances its story with new expansion packs, and as you know, the movie was based on this game. So if you are curious about the rest of the story, you can play the game and discover where the story goes. Director Jones also recommended the same thing to those who are curious about this universe that the Blizzard team is constantly working on.

Blizzard recently announced and pre-ordered its new expansion package, Shadowlands, at BlizzCon in November 2019 . Although there is no clear date on when this new package will be available to the players, according to the information on the official website, players will have experienced the new package before December 31, 2020. If you are curious about World of Warcraft: Shadowlands, you can click here for the official promotional video posted .

As a result, there is a production that did not meet expectations and a story that was left in the middle. Although Duncan Jones says that the criticism on this issue has become understandable over time , it is sad that a production in which he took part as both a scriptwriter and a director failed and he said goodbye to the vision with a single movie while the series was planned . It looks like Warcraft will continue to be on the lists of failed game adaptations until it becomes a miracle in the future and a decision is made for a new series.