Home News Why was the investment of only $2.5 million in the English football... 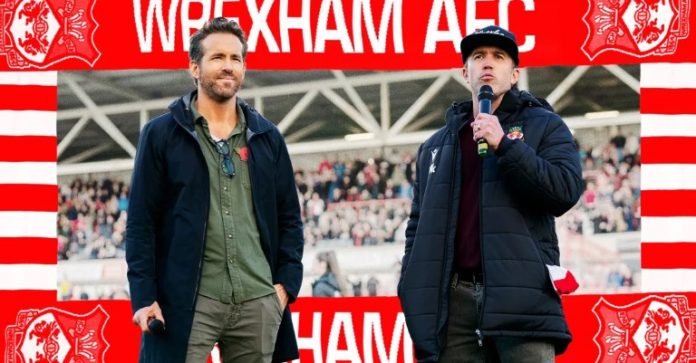 In addition to being a talented actor and one of the funniest people on social media, Ryan Reynolds is also an extremely smart entrepreneur. He has many successful businesses, including Mint Mobile, Aviation Gin and a production and marketing agency called Maximum Effort. However, his most recent and most discussed endeavor is Wrexham AFC football Club.

Reynolds is a co-owner of this club with his friend Rob McElhenny, best known for the TV series “It’s Always Sunny in Philadelphia.” Joe Pompliano, founder of Huddle Up, recently tweeted why buying Wrexham was a “stroke of genius” by Reynolds and McElhenny.

Here are some facts. Wrexham AFC is the third oldest football club in the world. The team belongs to the 5th division, which is quite low, considering the English football pyramid. This means that the chances of the team really reaching the Premier League are extremely small. Given the above information, this purchase may seem silly to some people. However, Joe Pompliano explains point by point why this is actually a great move.

Compared to American sports, investing in English football has many advantages, since it is a “global game”. He even has “lower scores” than American sports such as the NFL and the NBA. It is not surprising that several Premier League clubs are owned by Americans. Of course, the club is located in a “working town” more than 25 miles from the city limits, but it was a balanced business decision. Since the club belongs to the fans, Ryan and Rob organized a large-scale meeting with more than 2,000 owners of the club.

It was then that they offered to “invest ~ 2.5 million dollars in the players and equipment of the club.” To gain the trust of the fans, they even signed a “25-year lease of the stadium in Wrexham”, guaranteeing that the team will remain on its field. However, it was the documentary series “Welcome to Wrexham” that tipped the scales in their favor. The show, telling about the “return of the team to fame”, led to a complete change of the club.

Wrexham AFC after the FX Documentary

With an “audience score of 97%”, the extension of the second season was inevitable. In addition, the 8-episode documentary series brought in about $3.2 million in revenue. Additionally, Wrexham AFC is ranked second in the National League. The number of their subscribers on social networks has also increased significantly. The number of their Twitter followers has grown from 45,000 to 209,000, on Instagram — from 27,000 to 208,000, and on TikTok — from 0 to 459,000.

Today, well-known firms such as TikTok, Vistaprint, Expedia and Ryan’s own company Aviation American Gin are sponsors of Wrexham AFC. Since 2019, even club ticket sales have tripled. Ryan Reynolds and Rob McElhenny managed to bring the club to the world level.

“For example, Saturday’s Wrexham FA Cup qualifier against Blythe Spartans will be broadcast on ESPN2 and ESPN+.”

This means that coverage is approaching 100 million households. This idea was beneficial not only to the owners, but also to the fans of the team. Pompliano clearly describes it like this:

“A perfect example of someone taking a local sports asset and using strategic marketing and creative media to make it global.”

Do you agree with Joe Pompliano? Let us know what you think of Wrexham AFC, owned by Ryan Reynolds and Rob McElhenny, in the comments.