Home Celebrity Why was it better for Uhtred to kill Brida? 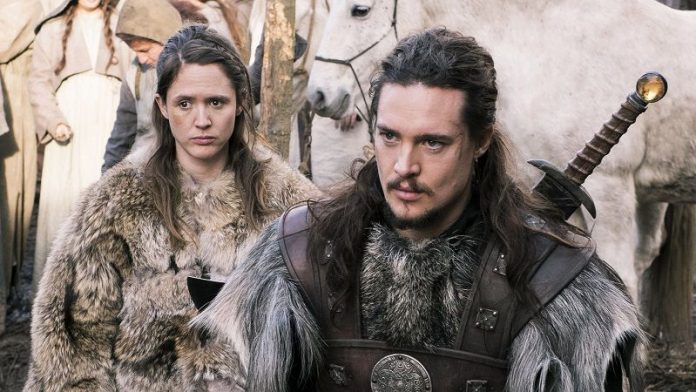 Season 4 of The Last Kingdom is the latest installment in Netflix’s historical drama and it had a lot of dark twists. Uhtred of Bebbanburg (Alexander Dreymon) watched as the King of Wales took away his childhood friend Brida (Emily Cox) and fans believe that Uhtred should have sent Brida to Valhalla while he had the chance.

Recall that Uhtread grew up with her friend Brida, who was also raised by Danes since she too had lost her home. The couple remained inseparable and even began a romantic relationship, but Brida was always concerned about Uhtred’s wavering loyalty.

His loyalty was to both the Saxons and the Danes, as she supported King Alfred’s (David Dawson) vision of a united England. In the fourth season of The Last Kingdom, Uhtred supported the Saxons during the iconic battle at Tettenhall, against Cnut (Magnus Bruun).

Cnut had been in a relationship with Brida and was the father of her two children, so Cnut and Uhtred had parted ways with the main fight and fought a one-on-one battle. During the fight, Cnut admitted to conspiring to kill Brida’s ex-husband, Ragnar (Tobias Santelmann).

Then Brida appeared and Uhtred revealed the truth to her, and she proceeded to kill Cnut. She and Uhtred were chased by the King of Wales’s men, who wanted to take Brida captive, however she begged Uhtred to kill her so she could go to Valhalla and not succumb to an enslaved life.

Uhtred, however, was unable to kill her best friend and watched helplessly as she was taken away. This led to her downfall in the series and she ended up becoming one of the main antagonists, thanks to this fans of The Last Kingdom turned to Reddit to suggest that Uhtred should have killed Brida, as they disliked the attitude she took. after being enslaved.

Most fans of The Last Kingdom think that Uhtred killing Brida would have been a better option than letting her live as a slave. Let’s not forget that in the end, she was freed by the warlord Sigtryggr (Eysteinn Sigurðarson) and together they attacked Winchester.

Due to Uhtred’s decision to let her go, she made the decision not to trust another man again so when she came face to face with Uhtred again, she tried to kill him in a fit of rage for what he had made pass. Don’t forget that you can watch The Last Kingdom on Netflix.