Home Entertainment Why Video Game Fables Turn Experience into a Resource that Players Can... 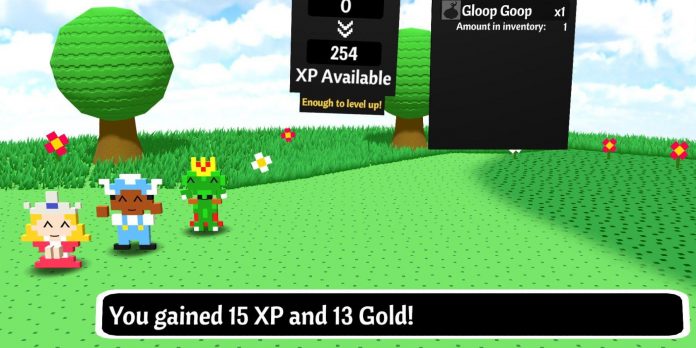 Momiji Studios’ latest creation, Video Game Fables, takes a new approach to traditional RPG mechanics. Momiji Studios’ individual developer Matt Sharp wanted to create a classic turn-based role-playing game, but with an experience system that encourages strategy and provides greater accessibility. In the Video Game Fables, experience is used not only to level up individual characters and their characteristics, but also for most aspects of character creation.

The Fables Video Game Experience is a resource

The Video Game Fables was developed for years before Sharp was able to fully focus on it. While working as a game development teacher at Wilmington University, he sketched out the basics of his future game. The idea was to convert experience points from a linear system to a multidimensional resource. Not only will the points still earned for defeating enemies be used for a variety of things along with leveling up and gaining stats, but the player can also redistribute them at will. At the same time, he also wanted to make sure that extensive character leveling was not required.

Instead of just filling out a scale and completing a level that gives access to stats and skills, most character creation features will require experience in Video Game Fables. Simply wielding a new sword would be impossible, as the player would have to pay with experience points to wield it. Similarly, to equip a new spell, you will first need to pay for unlocking the slot, and then pay for using a certain spell. To further ensure that leveling up won’t be as important as in many of the most popular turn-based role-playing games, Sharp has made the increase in stats with leveling up less significant. While leveling up will increase the levels and stats of the entire group of three, stats will only be increased by a few points. Equipping a new and more powerful weapon, shield, or accessory will make a much more significant difference.

Sharp has also made experience points fully recoverable. The player can lower the character’s level or remove spells, etc. to restore points for another use case. Redistribution became possible at any moment of the game, except for battles. According to Sharpe, this was an important feature in terms of strategy and accessibility. This opens up a lot of new opportunities to create more complex enemies, and also allows players to minimize characters in a real role-playing manner. Although the game is carefree, it is not the easiest. Sharp expects that most players will not be able to go through the battles without any problems.

The nature of redistributable experience points also allows people with less experience in turn-based role-playing games or games in general to enjoy the game. No effort to create a character is final, and it allows you to learn from mistakes and try again with a new set of abilities. According to Sharpe, some of the most difficult boss battles resemble Souls games, when players must initially fail. Bosses or even some ordinary battles can bring the player back to reading about his enemies from the “Monstrocomicon” or demand from his reliable time-traveling friend, Rico’s alarm clock, strategy tips.

For example, if you don’t have enough experience to equip a new skill that you have received. You can go and fight some enemies and gain experience, but you can also lower your group level by one and get some experience back.

Finally, Sharpe didn’t like the fact that in many role-playing games, leveling levels is either necessary or encouraged, intentionally or not. In the Video Game Fables, constantly getting XP in the hope of raising the level of characters and advancing further is not required. According to Sharpe, although the game offers a free-moving world with random encounters and, therefore, unlimited access to the grind, there is no need for this. Everything should be doable even with a fairly linear passage of the game. It may require a little more effort and thought when the characters are not overpowering the grinding, but the satisfaction and reward for the player is more than worth it.

GTA 6 will be released with a different title, this is...