Home News Why Uniswap (UNI) Is Rising? Here are the details 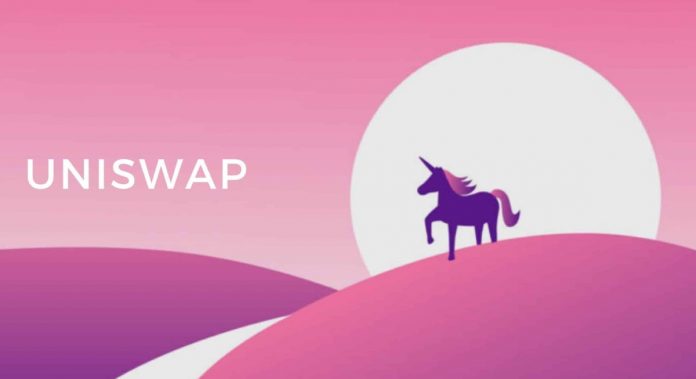 The total market value of DeFi protocols has seen an increase of 135% over the past month. Uniswap (UNI), which attracted the most attention among them, surpassed other protocols with a market value of $ 4 billion. So what are the developments behind the rise of UNI?

Uniswap (UNI), the Ethereum protocol, has a market volume of $ 4 billion, according to Santiment data, and the transaction volume has reached 5.57 million. Seeing a price increase in January, UNI rose to an all-time high of $ 14.15 on January 26.

Decentralized stock exchange (DEX) Uniswap talked about the innovations made in the protocol and the road map they drew for 2021 in its 2020 report, which it shared on December 31st. Uniswap; The update, which came in May, reached new users by increasing its awareness with technical improvements, increased transaction volume and liquidity. At the same time, 150 million UNI tokens were distributed and liquidity was supported during the year.

December was a month in which important developments were made for the protocol. A grant program was announced in December for projects that will support the Uniswap ecosystem. It was stated that 750 thousand dollars were allocated for the quarter under the program.

However, Uniswap introduced Sybil on December 15th. Sybil is an application that matches ethereum addresses with digital identities using third parties such as Twitter for authentication purposes. With this innovation, it is aimed to solve the management problems in the UNI platform.

According to Santiment data, the number of addresses with over 100 thousand UNIs in the Uniswap protocol increased to 237. On the same day, UNI hit an all-time high. Santiment said the increase seen in whales was behind this rise.

Cryptotelegram’s report mentioned 3 main factors behind the rise of Uniswap. The first is that Uniswap is hosting more and more transactions. Uniswap, which collects more than $ 2 million in transaction fees a day, now surpasses platforms such as Bitcoin Cash and Litecoin. Uniswap blazed a trail by collecting even more transaction fees than Bitcoin on January 25.

It was stated that another development could be linked to Coinbase. Coinbase Ventures’ board of directors includes names from companies such as Paradigm, USV, and A16Z. These companies are known to invest in Uniswap.

Other technical developments that may have contributed to the rise of Uniswap:

Meghan Markle and Harry: this photo of the ex prince doing...

Malware for Android appears as a system update