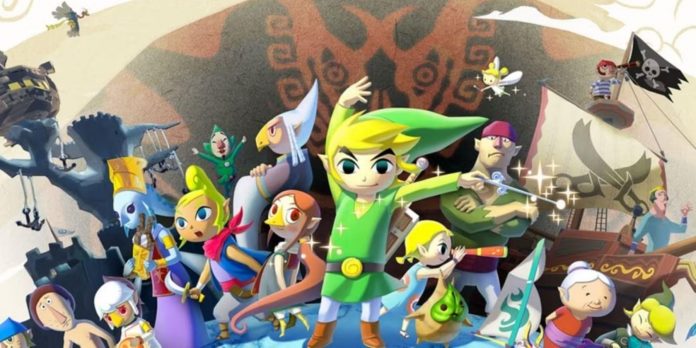 After weeks of speculation, it has finally been confirmed that the new Nintendo Direct will take place on September 13th at 7am Pacific Time, and fans of The Legend of Zelda should record this time. While the event won’t be centered around a single game, unlike last year’s Splatoon 3 presentation or Nintendo Direct’s June Xenoblade Chronicles 3 presentation, there does seem to be one franchise causing a lot of hype around the show, and that’s Zelda.

As usual, Nintendo Direct will presumably announce plans for the coming months, including games, DLC and hardware. According to Nintendo, this month’s release will mainly feature “Nintendo Switch games that will be released this winter.” However, when rumors of the September event surfaced, reports said it would be a “throwaway” of content for The Legend of Zelda, to the delight of many fans of the franchise.

Announcements about the sequel “Breath of the Wild”

Breath of the Wild 2 was first announced in 2019, but there are incredibly few details about the game. Even the final name for the title has yet to be confirmed. At the moment, it is known that the game will take players to the sky of Hyrule in addition to the surface world they are familiar with, with movement mechanics that are apparently inspired by The Legend of Zelda: Skyward Sword. Early trailers also suggest a darker tone to the story, similar to how Majora’s Mask had a darker plot element than its predecessor, Ocarina of Time.

Giant Bomb reporter Jeff Grubb, who gave the first reports that The Legend of Zelda will be widely featured in the September issue of Direct, suggested that Breath of the Wild 2 will be presented in some capacity during the event. In particular, reports suggest that the official name of Breath of the Wild 2 will be revealed. Although it may not seem too important, fans of the franchise have been given very little information about the sequel, so you should expect a stir even around the title.

However, many hope that something more than the official name will be revealed. The last announced Legend of Zelda project — a remake of Skyward Sword HD — was released without new details about Breath of the Wild 2, some fans were a little disappointed. So Nintendo can offer some new details to avoid repeating this. It seems that the most encouraging expectations are associated with the release date and a more detailed disclosure of the gameplay. The release is expected in 2023, but September’s Nintendo Direct may finally give fans a more specific date they’re looking forward to.

Zelda Ports will appear on the Nintendo Switch

This is not the first time these games have been ported to new Nintendo platforms. The Wind Waker, originally a GameCube game, received HD remastering for Wii U in 2013. Similarly, Twilight Princess was originally released for both Wii and GameCube, but later received its own HD remaster for Wii U in 2016. Switch can work based on these HD remakes instead of the original releases. They can also change certain parts of the gameplay again to match the current-generation Nintendo console hardware, or make graphical updates.

The potential of these ports inspired most, but some also had some understandable reservations. When Skyward Sword HD was released in 2021, many were disappointed with the full price of $60. It seemed a bit cool for what was basically a graphically enhanced version of the 2011 title, with several quality-of-life updates and controller changes made for the Switch Joy-Con . If the announced reissues of Twilight Princess and The Wind Waker are on the way, then fans of The Legend of Zelda can hope for a lower asking price or maybe a set of games.