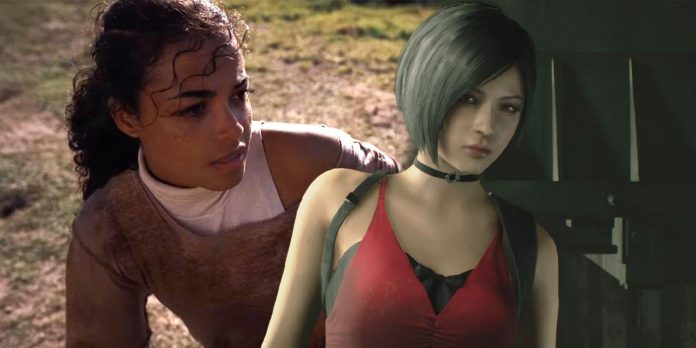 The new Resident Evil series at Netflix delivered a number of surprises for fans of Capcom’s video game franchise, including a name drop for a character that will be very important for a potential season 2. The first live-action Resident Evil show centers on Jade and Billie, half-twin teenage sisters as they move with their father, scientist Albert Wesker, to New Raccoon City, an idyllic community built by the Umbrella Corporation in South Africa. While struggling to adjust to their new town, Billie and Jade begin to learn of Umbrella’s dark past in the original Raccoon City and their father’s own questionable experiments. However, one moment near the end of the season could indicate the future involvement of one more well-known Resident Evil character.

The Resident Evil show also followed Jade 14 years in the future, in which humanity has been reduced to 300 million people after another devastating outbreak of the T-virus across the globe. Hunted by Umbrella, Jade works with a secretive group of scientists known as The University in the hopes of finding a cure and giving humanity another chance at living. Lance Reddick leads the cast of Resident Evil as Albert Wesker alongside Ella Balinska, Adeline Rudolph, Tamara Smart, Siena Agudong and Paola Núñez.

Set within the games’ mythology, Resident Evil featured a number of Easter eggs and references to iconic elements from the source material, including a video showing Lisa Trevor being experimented on and a flashback revealing that Wesker produced multiple clones of himself, thus explaining his return in the series. The season finale saw Wesker and Umbrella’s secrets crumble out from under them in the 2022 timeline as the company’s headquarters was burnt down and Billie and Jade’s father variant sacrificed himself to give them time to escape. The closing moments of the season saw the sisters driving off with the “Bert” Wesker variant to an unknown future, with Jade pulling out a note pointing them in the direction of a character who will be important for season 2: Ada Wong.

Who Is Ada Wong?

Introduced with the original Resident Evil 2, Ada Wong is considered one of the more iconic supporting characters in Capcom’s video games. She initially introduces herself to protagonist Leon S. Kennedy as working for the FBI, though it would later be revealed she works for a rival to the Umbrella Corporation and is trying to clean up the mess made in Raccoon City. The Resident Evil 2 remake and Resident Evil 4 would allow players to actually step in her shoes and face the undead horde as Ada herself.

Ada scored largely positive reviews across her various Resident Evil game appearances for her fighting skills, intelligence, femme fatale personality and namely her design, being considered a sex symbol. She would make her live-action debut in 2012’s Resident Evil: Retribution played by Li Bingbing while Lily Gao would take over the role for the recent movie reboot Resident Evil: Welcome to Raccoon City during its mid-credits scene. With Ada’s popularity building further from the Resident Evil 2 remake, audiences might be getting a new take on the character in the near future.

Prior to making her debut in Resident Evil 2, Ada had actually been mentioned in the original Resident Evil game in which a dying Umbrella Corporation researcher named John wrote a letter to her. The 1998 sequel would see letters and dialogue point towards her searching for John, with whom it was implied she was linked romantically prior to the events of the games. Though Leon’s trust in Ada was dampened after her secret agenda to recover the G-virus for her employers was a revealed, she would still offer him help in his fight against the Tyrant by dropping a rocket launcher onto the moving platform he’s riding on.

Ada would later return in Resident Evil 4, where she is once again working to recover a sample of the dangerous parasitical virus at the heart of the story, in this case the Plaga developed by the Los Iluminados. Ada would elect to help Leon in his objective to rescue the U.S. President’s daughter from the cult, briefly being taken hostage by their leader Osmund Saddler as bait for Leon but is freed by him and agin provides him a rocket launcher to help him defeat the final boss. Though scrapped from appearing in Resident Evil Village, Ada would make her last canonical appearance in Resident Evil 6, where she is working to bring down rogue National Security Advisor Derek C. Simmons.

Why Jade, Billie & Wesker Go To Ada Wong At The End Of Resident Evil

The Resident Evil finale saw the father Albert Wesker variant sacrifice his life by blowing up the Umbrella HQ to allow Billie and Jade time to escape, but giving a note to Jade and telling her to “find her”. As the sisters and Bert drove away from New Raccoon City, Jade opened the note to find an address in Japan with the name Ada Wong. The episode comes to a close with the three solemnly driving away, Billie finally resting after her struggles with the T-virus throughout the season.

Ada and Wesker having a prior working relationship in the Resident Evil games, with the iconic antagonist hiring her to retrieve the Plaga for the unnamed Umbrella rival, in which he has risen in the ranks. Given this connection, it’s understandable Albert would send Jade, Billie and Bert to find Ada as he would know of her survival abilities and knowledge of the answers the sisters will likely be looking for regarding their father’s past. Additionally, with Ada never holding official ties to Umbrella, she is likely hiding off the grid from the evil corporation.

With Netflix’s show set primarily after the events of the video games, there is a variety of routes a potential Resident Evil season 2 can take Ada, especially in regards to her relationship with Wesker. Given season 1 included a flashback to 2005, a few years prior to the events of Resident Evil 5, to explain how Wesker returned for the series, it would be interesting to see showrunner Andrew Dabb fill in her history gap, which he recently confirmed wanting to do. Additionally, with Ada’s troubled history with the Umbrella Corporation in the games, convincing her to go to war with the company won’t be hard for Jade and Billie to do in Resident Evil season 2.

Should Netflix renew the series, Ada’s inclusion in Resident Evil season 2 would also open the door for the return of fellow iconic game character, Leon S. Kennedy. The two memorably had a flirtatious rapport throughout the games, which many fans would be eager to see explored further in the show, where they could finally get the down time to figure out what their relationship could be. With Dabb also expressing a hope to explore more game elements in Resident Evil season 2, one can hold out hope Netflix gives the creatives the opportunity to continue building out the survival horror world.