Home Entertainment Why this ’70s Show Killed Charlie after Season 7 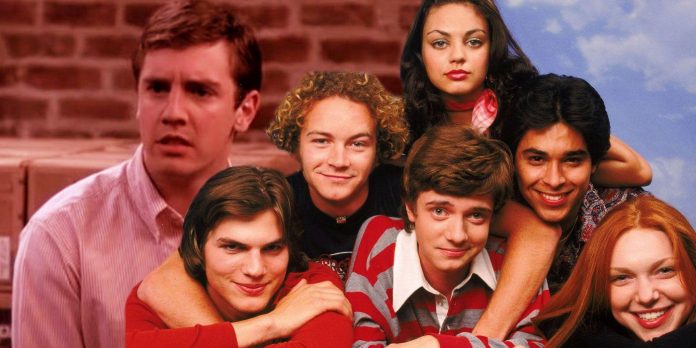 Despite the big plans for the character, the “70s Show” suddenly killed Charlie after season 7. Topher Grace left after season 7, and Ashton Kutcher left at the beginning of season 8. The ’70s Show introduced several new characters to replace Eric. and Kelso. One of these characters was Charlie (Bret Harrison), who joined the sitcom in the 7th season of the “70s Show, the 23rd episode of “Take It or Leave It” in the role of the innocent son of an old buddy of Red from the Navy.

After the last three episodes of Season 7 were spent getting to know the gang and preparing to fill Eric’s place after he left for Africa, the premiere of season 8 of the “70s Show began with the news of Charlie’s death. When Kitty was talking about what had happened at Point Place since Eric left for Africa, she said that Charlie had unexpectedly died after falling from a water tower. Almost every teenager in the “70s Show has fallen from a water tower at some point, but Charlie was the first to die as a result of such an accident. After Charlie’s tragic death, this place was renamed the “Charlie Richardson Memorial Water Tower”.

While Charlie’s introduction at the end of season 7 of The ’70s Show was supposed to introduce him as a replacement for Eric, actor Bret Harrison had a great opportunity. On the eve of the eighth season of the “70s Show,” Harrison was offered the lead role in the Fox sitcom “The Loop,” where he portrayed a young professional combining corporate work and social life. The Loop was shut down after two seasons, but it gave Harrison a more significant role than he could have found with Charlie in the final season of The ’70s Show. However, if “The Loop” had not become a full-fledged series, Harrison would have remained in the eighth season of the “70s Show as the main character. Due to Fox being home to “The 70s Show” and “The Loop,” Harrison was still able to return to briefly appear in the season 8 premiere of “The 70s Show” to film his death scene.

Would Charlie be a better replacement for Eric than Randy?

Although Charlie starred in only three episodes of Season 7 of The ’70s Show with a minor appearance in season 8 due to flashbacks to his death, he was able to establish significant chemistry with other characters before falling off a water tower. Randy Pearson, on the other hand, was introduced at the premiere of the 8th season of the “70s Show” as a joint replacement for Eric and Kelso, although fans of the “70s Show widely hated Randy. Although neither of them could perfectly recreate Eric’s dynamic in the “70s Show, Charlie’s place in the gang did not create direct competition with Eric’s memory, which was not the same for Randy.

Charlie never showed the charisma that Eric demonstrated as the de facto leader of the gang, but his more naive feelings were reminiscent of how Eric was first introduced in the “70s Show, when Harrison had just starred in a similar role to Eric in Grounded for Life. Charlie was also the best character to continue Red’s harsh approach to the younger characters, as he looked at Charlie as a ward due to the fact that Harrison’s character was the son of his old military buddy. Red and Randy were never able to create a funny dynamic reminiscent of Eric’s, and the character soon became outraged when he started dating Donna. Charlie’s personality never made him a potential rival to Donna and Eric, as his 70s Show storylines were based on his innocence being corrupted by the gang.

Surprisingly, Charlie was the only character in the ’70s show killed off because the actor took another role or left the series, which made his death quite shocking. In the past, the characters of the “70s Show” were either remade or written off without much explanation, as was the case with Lisa Kelly Robin’s Lori Forman and Tanya Roberts’ Midge Pinciotti. Although Charlie never enjoyed a full season of the ’70s Show, Harrison eventually reunited with Kelso actor Ashton Kutcher in his recurring role on Netflix’s The Ranch.