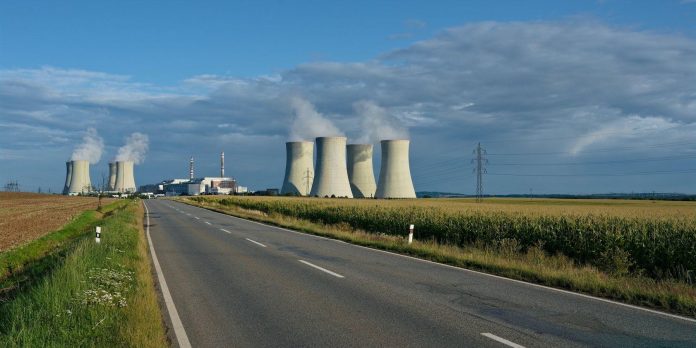 The world needs to use more nuclear energy because it is clean, safe, reliable and highly efficient for energy production, so why is this not happening? Nuclear power has been around for decades, and many improvements have been made compared to older designs that have helped improve the safety and efficiency of power plants. These power plants bring great benefits to society and can help pave the way for a carbon-free energy future.

The prehistory of nuclear power has both a positive and a negative history, which begins with the scientific discovery of nuclear fission by Otto Frisch and Liz Meitner in 1938, which led to the creation of the atomic bomb. Nuclear fission can have catastrophic consequences when used as a weapon, and an improperly designed power plant can lead to disasters such as Chernobyl in 1986. Sometimes even properly designed power plants can fail, for example, the Fukushima nuclear disaster in Japan in 2011. the catastrophes that occur as a result of the use of nuclear energy have painted a picture in the minds of many that nuclear energy is dangerous and leads to mass death of people or radiation poisoning. But perception and reality are two different things, and nuclear fission is far from the deadly source of energy that has been painted by years of misunderstanding.

Statistics are an objective starting point when discussing the advantages of nuclear power and the absence of danger in it. According to Energy.gov carbon dioxide emissions in 2020, which were avoided in the United States, amounted to more than 471 million metric tons due to nuclear energy. Power plants require less than 360 times more land area than wind farms and 75 times less than solar power plants to produce the same amount of electricity. All nuclear waste produced in the United States over the past 60 years occupies the area of a football field, not to mention that there are ways to recycle nuclear waste and potentially use it as another form of energy generation at more advanced power plants. Our world in data also shows that nuclear power has led to more than 99 percent fewer deaths than coal, more than 97 percent fewer deaths than oil, and more than 97 percent fewer deaths than gas per terawatt-hour of energy production (and this includes such events like Chernobyl and Fukushima).

Nuclear energy vs. Other sources of clean energy

What about other forms of clean energy, such as solar or wind? Well, from the point of view of the mortality rate, they are just as safe: nuclear energy is slightly safer than wind with an indicator of 0.03 deaths per terawatt hour (TWh) compared to wind 0.04 and solar energy with an indicator of 0.02 deaths per TWh, which is slightly safer than nuclear. Hydropower, as some may think, is also very safe: 0.04 per TWh, if you do not take into account the breakthrough of the Banqiao dam in China in 1975. Taking into account this incident, this number reaches 1.3 per TWh. The reason why it is important to look at all these figures is that they prove how safe nuclear power is compared not only with fossil fuels, but also with other clean energy sources. Finally, the main advantages of nuclear power over other types of energy are exceptional reliability and power. More than 92 percent of the time during the year, nuclear power plants produce maximum power, which is three times more than wind and solar, and coal and gas almost twice.

In general, nuclear power is the way forward if the world wants to abandon carbon—emitting energy sources in the fastest and most energy-efficient way. Obstacles to the introduction of nuclear technologies, as mentioned earlier, related to public opinion and cost, can be eliminated. As the World Nuclear Association explains, the costs can be compensated through subsidies and many other economic and tax benefits, and public opinion can be corrected through education. However, this does not mean that at the same time you should not invest in other environmentally friendly energy sources. Solar, wind and other clean energy sources should continue to be used, along with nuclear energy.

Zelda: What really happened to Shiro, the invisible soldier