Home Entertainment Why the winner of the first season of the series “American Idol”... 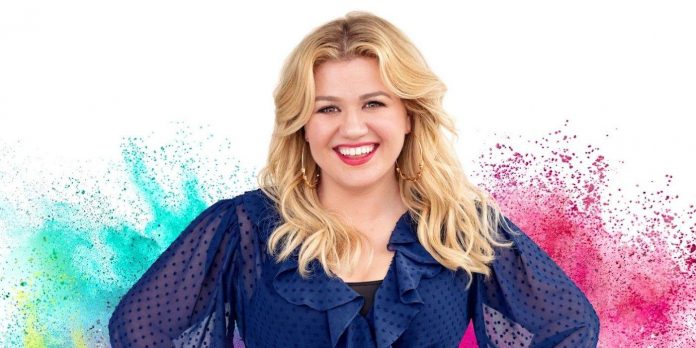 The winner of the first season of American Idol, Kelly Clarkson, won the Daytime Emmy Award for Outstanding Entertainment Talk Show Host for all three seasons of The Kelly Clarkson Show, and she deserves this victory. Kelly stole America’s heart by becoming the first winner of the American Idol contest in 2002. Since then, she has become one of the most popular and successful recording artists of the 21st century. Kelly has also worked as a coach on The Voice, helping other singers launch their careers.

Kelly begins each of her performances with a song known as “Kellioke”. The song is either her own or a cover of the music of her band Y’all. She recently released an EP of six Kellyoke songs. Although this part of the show highlights Kelly’s magical singing talent, it also attracts the viewer’s attention because each song is actually a fan request. Kelly then interviews a fan about why he or she chose this song. This gives this person the opportunity to host a show in commercials. The stories people share explaining their choice of song often shed light on their personal problems, which helps others understand that they are not alone. Kelly does a great job as a presenter because she allows people to express themselves. They feel safe telling their stories.

Kelly also deserves her awards because she is an open and honest presenter who respects her famous guests. She makes sure that she does her research, so she can conduct interviews that go beyond the surface. It avoids repetitive questions that have already been answered on other platforms. Kelly also interacts with celebrities, challenging them to games on the show that reveal their other side. Whether she’s participating in a fun cooking segment or having a heart-to-heart conversation, Kelly brings out the best in her famous and non-famous guests. She is also very good at calming people down and communicating with others. Now she is going through a very difficult divorce, but instead of hiding her feelings, she shares her pain. She lets people know that she cares about everything they feel.

Kelly is also a generous host. She’s finishing The Kelly Clarkson Show with a segment called “What I Like”. During this part of the show, Kelly selects a post from social networks and gives it a “like” live, which increases the recognition of the post. The Kelly Clarkson show is partnering with the pen manufacturing company Pilot to allocate $1,000 to the people featured in the segments. Kelly is genuinely interested in people’s lives and their stories, and her charming personality radiates warmth.

Kelly is the perfect talk show host. It entertains, but it doesn’t overwhelm. She shares her victories and challenges without dominating the show, and allows her guests to express their thoughts and feelings. Since participating in American Idol, she has been known as a light source for everyone she meets. Kelly deserves all three Daytime Emmy Awards for Outstanding Entertainment Talk Show Host and will surely achieve even more success with the Kelly Clarkson Show in the future.

The Irregulars of Baker Street: Netflix Cancels Series After Season 1