Home Entertainment Why the villain “Thor: Love and Thunder” threatens the future of “Valkyrie” 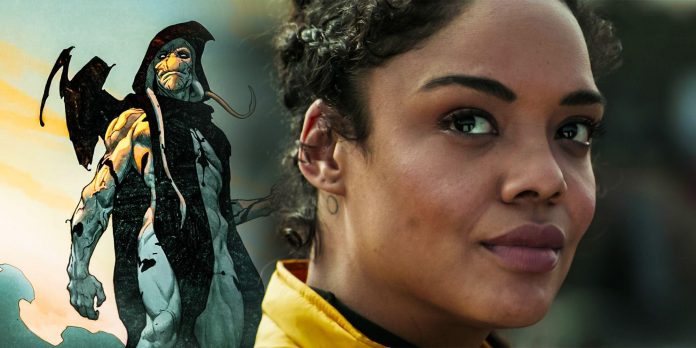 Gorr the Butcher God, the villain of Thor: Love and Thunder, threatens the future of the current monarch of Asgard, Valkyrie. The direct and indirect consequences of the actions of the sworn slayer of the gods throughout this part will determine who will be on the throne of Asgard in the future in the MCU. Valkyrie’s reign, which began with her appointment by Thor as ruler of New Asgard at the end of Avengers: Finale, may end sooner than expected.

In the Marvel comics, the Butcher God Gorr has access to time travel via the Pool of Eternals, a device created by the Time Gods from Chronux that uses their blood to cross the time stream. Using this device to implement their plan to destroy all the gods throughout the time stream is almost achieved, until they are defeated by the combined power of the three versions of Thor, and Gorra is killed by the younger Thor. This trio consisted of Thor the Avenger, Young Thor and Thor the Allfather, the latter of whom was the king of Asgard. With Jane Foster taking on the role of the Mighty Thor in Thor: Love and Thunder, they could take on the same role as the Young Thor. The only alternative version completing this trio will be the All-Father Thor.

Allfather Thor played a key role in defeating Gorr, the butcher god, in the comics. This version of Thor may appear in Thor: Love and Thunder to help defeat Gorr, made entirely possible by the recent introduction of time travel and the multiverse to the MCU. The presence of Allfather Thor will be a clear sign that Valkyrie will not always be a monarch, and Thor will take the mantle of King of Asgard, whatever the events that led to this change of power. One possible scenario that could lead to Valkyrie’s short reign as ruler of Asgard is their death at the hands of Gorr, the Butcher God. Since this villain is an extremely dangerous opponent for the Thunder God, this encounter may prove too overwhelming for Valkyrie, which will lead to her death. This circumstance would be tragic and unconventional, and it would force Thor to regain the throne of which he was the heir, eventually becoming the All-Father Thor.

Alternatively, if Valkyrie hadn’t died and just met Allfather Thor, it would have confirmed that her days as king were numbered, which would have made her doubt her future. Indirectly, Gorr’s adventures in time would affect Valkyrie’s status. The appearance of the All-Father Thor, combined with the threats posed by Gorr, may lead to Brunhilda, also known as Valkyrie, taking responsibility for the revival of sworn warrior maidens defending the throne, Valkyries.

The conflicts that Valkyrie will undoubtedly face will seal not only her own fate, but also the fate of the thunder god Thor. Valkyrie will definitely be a key player in this part. All that is known is that the villain from the movie “Thor: Love and Thunder”, Gorr, the butcher god, threatens the future of Valkyrie.