Home Entertainment Why the Starfield Color palette Should be brighter than Fallout 3, New... 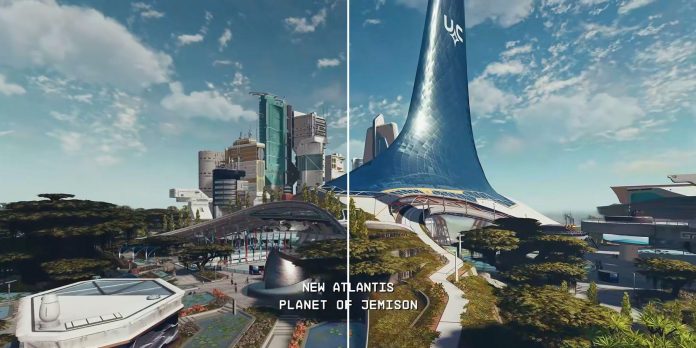 The upcoming Bethesda Starfield game has a visual style different from the previous series. While The Elder Scrolls draws inspiration from medieval fantasy, and Fallout has a unique post-apocalyptic atmosphere, Starfield will reportedly have a “NASA-punk” aesthetic. According to the developer, NASA-punk is a type of sci-fi visual style based on reality, especially compared to other, more outlandish versions of the genre.

Recent Starfield shots and trailers certainly demonstrate Bethesda’s creative direction. Buildings, cars, and even spaceships are sleek, but not too futuristic. The character models in the game are dressed in ordinary clothes, space suits, and sometimes what looks like a mixture of both. However, the game environment seems to be under a filter, which makes the colors appear muted and less bright, which can create a problem for visual effects.

The alleged use of filters in Starfield is not a first for Bethesda, as some older Fallout games also use it. In Fallout 3 there is a filter that gives Capital Wasteland a greenish tint, and in Fallout: New Vegas there is a similar filter that makes Mojave yellowish. These colored filters were removed in Fallout 4, which became noticeably brighter. Admittedly, the community has two opinions when it comes to Fallout color filters. Some hate how much it affected the game environment, believing that the green and/or yellow shades were exaggerated, but others say they made the atmosphere more unique and created a post-apocalyptic atmosphere.

While there is certainly no problem with adhering to the visual theme, problems arise when different environments become too similar. Perhaps this applies to Fallout 3 and Fallout: New Vegas, where almost everything on the map was colored. To some extent, this makes the game too monotonous, which makes the study less exciting than it could be. Judging by recent Starfield trailers, the upcoming game may face a similar problem.

Starfield is, without a doubt, more impressive graphics than Fallout 3 and Fallout: New Vegas — this progress goes with time. However, it looks like it has the same filter that affects the rest of the game environment. For the most part, there is no overbearing green or yellow, but the scenes in the official Starfield gameplay look with muted colors, as if there is a gray filter. This is most evident during the settlement of New Atlantis. Its bright blue buildings and urban forests add bright colors, but the brightness is held back by the filter.

It seems to fit the NASA-punk visual style that Bethesda aspires to, although it would probably be unwise to implement it on the promised 1000 planets of the game. Starfield is a game that reportedly focuses on exploration, and visually appealing landscapes are part of the incentive to explore. Visually monotonous travel does not encourage exploration, especially if Bethesda is struggling to populate many planets in the game with interesting elements.

At the moment, the fact is that such a trivial function as a filter to represent the player can spoil the overall impression. This does not mean that Bethesda should completely abandon the filter. Using it in the right places can enhance the visual effects of the game, as long as it doesn’t overshadow everything. Brightness should not detract from the realism factor of the game, and players would like to explore green green space forests or bright blue icy planets. Again, even if Bethesda fails, there will undoubtedly be mods for it and any other Starfield bugs.