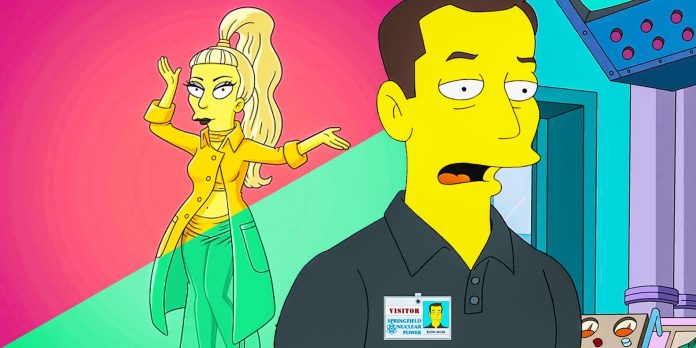 For decades, The Simpsons has created comedic images of many famous people with varying degrees of success, but it is the episodes in which some of the show’s best jokes are restrained when dealing with these celebrities that are considered the worst episodes of comedy. Celebrities and iconic characters have been visiting the city of Springfield since the first seasons of The Simpsons, and many of them were voiced by their real counterparts. Although the tone of the images often depended on whose celebrity The Simpsons were parodied — and which celebrity would have rejected the Simpsons’ cameo role if the jokes were too mean, a sense of humor was always mixed in with the performances.

However, in recent years, some of these appearances lack the comedic tone that made the appearances of other Simpsons guests so iconic. “Homer at the Bat” of the third season is filled with famous baseball stars of that time and is considered one of the best in the series, and short scenes featuring Mark Hamill and three members of The Beatles helped consolidate The Simpsons in the history of television. For comparison, the episodes featuring Lady Gaga and Elon Musk were criticized by both critics and viewers who felt that the show was too ingratiating with modern guests.

Both Gaga and Musk would become funny targets in different ways because of their eccentricity and public image. Using these elements of their personality to their advantage, previous guests such as John Waters were able to make a historical impact with their appearance, while at the same time allowing themselves to be ridiculed. Although The Simpsons were not afraid to push the boundaries and forced animated celebrity doppelgangers to do ridiculous things appropriate to the nature of the show, they were able to keep the line between respecting the wishes of the guest and remaining faithful to the tone of the show. show. Although it is unclear whether Gaga and Musk asked for a sycophantic image or the writers did not want to risk offending them, the end result was two low-quality episodes.

The reaction of the characters of the show shows that an uncritical image does not make television funny, because jokes have nowhere to go. Celebrity worship is unnatural for the Simpsons, especially given the limited worldview of many Springfield residents and their hostility to everything they don’t understand. That the characters idolize both seems lazy, and it’s a completely different show than The Simpsons, which sometimes kills celebrities in their cameos. If the series treated Gaga and Musk like other celebrities, there would be the potential for a few great jokes that could save the episodes from being considered the two worst The Simpsons.

Although it is clear that the writers do not want to offend their famous guests, the rejection of humor at their expense does not work in a series that ridicules American society. There was a lot of potential in the appearances of Gaga and Musk, and if they had happened during the “golden age” of the show, it is likely that these celebrity cameos would have looked very different. Previous seasons of the show have proven that famous guests on The Simpsons aren’t always bad, but the show should be willing to make fun of them-albeit usually in an affectionate manner, which has led to many of the Simpsons’ best celebrity jokes. .